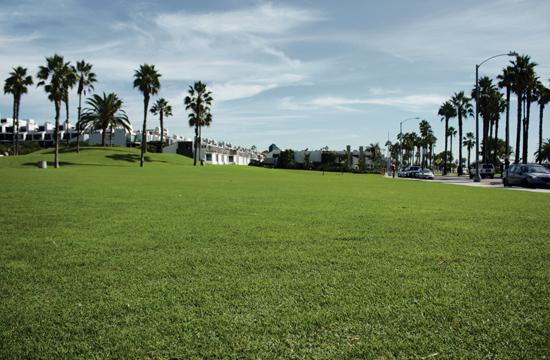 The City of Santa Monica will have a lot of new trees planted around town in the next half century. For at least the first seven years of a planned 50-year process, a task force will work with City Hall to ensure plans are smoothly executed as the coastal municipality seeks to create a citywide arboretum as part of the recently adopted Urban Forest Master Plan.

That Master Plan was adopted by the City Council in December, with it terminating the very group that helped devise it. As Tuesday turned into Wednesday at City Hall, council members reconstituted that group–the Urban Forest Task Force – for a seven-year term.

According to the staff report, the task force will comprise of seven members and will meet bi-monthly. Task force members would initially serve a three-year term followed by two two-year terms; there are no term limits.

Little said the duties assigned to members of the task force include biennial reports on “performance related to tree planting, removal, trimming, emergency responses, and vacancy counts” as well as seven-year reporting on the impact on energy savings.

The staff reported that “at the completion of this first seven-year reporting cycle, the Task Force would advise staff on recommended changes to the Master Plan’s goals and strategies, including the appeals process, tree species designations, the public review process for tree removals, and tree relocations as part of City public improvement projects.”

In addition, task force members also will assist in making refinements to the Heritage Tree educational program and advise City staff on the implementation of the Land Use and Circulation Element (LUCE) as well as the development of zoning ordinances in relation to public trees.

Local activist Jerry Rubin pointed out seven years is not long enough for an advisory board to be an active participant in the implementation of a 50-year plan.

“It’s not a seven year thing and then the implementation of a 50-year plan stops,” Rubin told council members. “We’re going to need it ongoing. I wouldn’t necessarily put a time limit on it.”

Other community members expressed concern that the task force was not directed to advise staff and council members on the formulation of potential policies governing trees on private property. As it currently stands, the Urban Forest Task Force is only charged with advising City Hall about trees on public property.

Little responded that the development of the Heritage Tree educational program would address the community of “the environmental benefits of the trees they have on their property.” He added design guidelines addressing the development of trees on private property are currently being fleshed out.

Mayor Pro Tem Gleam Davis stipulated the task force members should be allowed to at least discuss private trees as part of their duties to advise on the implementation of the LUCE.

Those interested in serving on the seven-member task force must file an application with City Hall by May 17.

Last December, council members approved the Urban Forest Master Plan, which lays out a 50-year plan to replace the nearly 83,000 trees currently lining the City with an entire new generation of trees.

Council members Bobby Shriver and Kevin McKeown were not present for this agenda item.