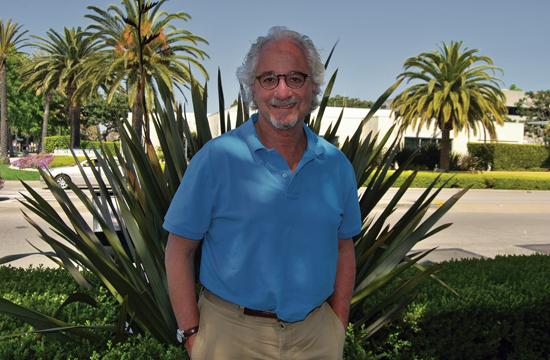 How does one walk away from a job he has enjoyed for almost two-thirds of his life and not have fond memories of his experiences? For 62-year-old Al Friedenberg, a journey that he embarked upon at the ripe age of 23 is on the verge of coming to a happy end as the long-time principal of Santa Monica’s Grant Elementary School has announced his retirement at the end of this school year.

Serving as Grant’s principal since 1995, the West L.A. native and Venice High School graduate dedicated 39 years of his life to public education and dedicating himself to providing an ideal learning atmosphere for many of Santa Monica’s elementary students.

Looking back upon his days in Santa Monica, Friedenberg is pleased with the progress he made as an instructor and administrator, telling The Mirror about how honored he was to have lived the life he did and the fortune he had to be a principal at Grant.

During his journey, Friedenberg always made sure that the schools he worked at never forgot who was the top priority: the children.

“When I got to Grant in 1995, it had a good reputation. It always had a good reputation. But when I was interviewed for the job, a big panel, maybe 12, 13 people, including parents and teachers and district people, every question that was key was a question about grownups and adults,” Friedenberg told The Mirror. “No one was talking about kids. To me, one of the first things I noticed was this school wasn’t as kid-centric as it should be.”

He added that he wanted to make the school a more exciting place for students to learn. Among the new initiatives he brought to Grant Elementary: a science camp and theatre production for fifth graders as well as a talent show and sports leagues.

“You engage kids, they stay out of trouble,” Friedenberg said. “I wanted people to really be there.”

In creating an environment fostering engaged students who enjoyed coming to school everyday, Friedenberg shifted Grant’s curriculum away from traditional practices and instead established a mission that was better rounded.

Along the way, Friedenberg believes he built and fostered quite the community at Grant, where current students enjoy learning and graduates find ways to stay in touch with their former principal.

“I don’t know that a week goes by that I am not in touch with a former Grant student who is now in college, certainly high school,” Friedenberg said. “It’s interesting that wherever I go, I bump into people. I’ve stayed in touch or they’ve stayed in touch with me. What Grant has become is this huge community. The parents like each other. The kids are respectful. What I’ll miss is the everyday interaction. I’ll miss the day-to-day buzz.”

Starting his career as a teacher in Thousand Oaks in 1973, Friedenberg moved on to become a principal in the Thousand Oaks area before coming over to Grant Elementary.

“In 39 years, I never disliked what I did. I always could wake up and say ‘this is what I should be doing,’” he said.

When asked what he plans to do after Grant goes dark for the summer in June, Friedenberg prodded that he would probably bury himself behind a newspaper.

Joking aside, he said he would still work part-time advising administrators, write some curriculum, perhaps lecture a little more, and, of course, travel.

“I’d love to just get in the car and go somewhere for three weeks and not make reservations anywhere, just wing it,” he said.