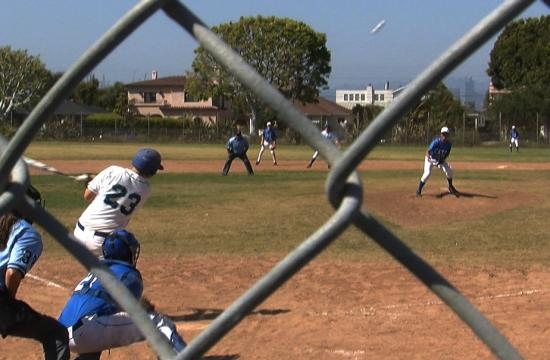 It was in the rulebook. That’s why it counted.

At the beginning of every game at North Venice Little League fields, Pacifica Christian goes over boundaries for each dugout with the umpires and the opposing team.

An extended piece of fence designed to protect teams from errant foul balls has a line drawn diagonally from one end of this boundary to the fence. This little triangular space is usually used for storing baseball equipment.

The fans of the Cate Rams did not know this on Tuesday.

Their team had blown a four-run lead in two innings. Pacifica Christian’s John Register drilled a homerun over the centerfield fence in the bottom of the fifth inning and the Seawolves were tearing up Cate’s relief pitcher cutting the lead to 5-4.

“(Register’s homerun) got the guys up,” said Seawolves’ coach Julian Chavez. “That kind of turned it around. They were a little down and that brought the energy up and the guys were excited after that.”

Pacifica’s Grant Nagai looped the ball over the shortstop and Duncan Valade scored easily to tie the game.

A ball thrown from left field meant to tag out Nico Agnone at third found that little triangle. So even though the third baseman tracked down the ball, threw it home in time for the catcher to prevent Agnone from ever touching home plate, Agnone was still safe.

This was the difference in the game.

The Seawolves’ Kevin Hammer retired the final three batters to keep Pacifica Christian alive in hopes of getting back to the CIF championship game after last year’s runner-up finish.

“I know they want to get that game back from last year,” Chavez said. “So we’ve got to get there first.”

Two Div. 7 Santa Monica powerhouses will face off today at those same North Venice Little League fields. The Seawolves will host New Roads, who is coming off a 16-0 shellacking of Big Pine. First pitch is at 2 p.m.