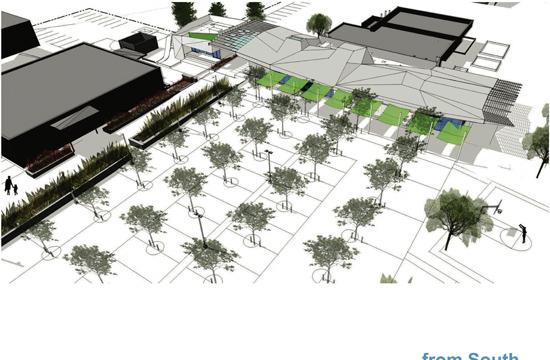 The new Pico Branch Library will carry a construction bill of about $7 million as the Santa Monica City Council approved last Tuesday as part of its consent calendar a contract with California-based R.C. Construction Services, Inc., to begin building the fifth arm of the Santa Monica Public Library system. Virginia Avenue Park will serve as home to the communal book depository.

Tuesday’s swift action is the latest in a series of moves that have brought the Pico Branch Library one step closer after years of consideration, legislative process, and public input.

It also marks a commitment to a public venue many had hoped to see come to fruition but was not necessarily a guaranteed project after Sacramento eliminated redevelopment agencies across the state and directly affected development initiatives in just about every California city.

Pico Branch Library was approved for construction at Virginia Avenue Park in May 2009 as a redevelopment project. In February 2010, design consultant firm Koning Eizenberg Architects was selected to prepare construction documents for the new library.

“The facility design is nearly complete and ready for construction,” staff told council members in a report.

Council members considered and provided input of the proposed design concepts in September 2011.

“The scope of work includes the construction of the Library and Community Room, and related improvements and upgrades,” staff said, adding “20 firms attended the pre-bid job walk held on February 2, 2012.”

The City Clerk’s Office reported that 18 bids were submitted. That number was whittled down to 13 after five were “deemed non-responsive and rejected.”

R.C. Construction’s bid of more than $6.9 million was the fourth highest bid.

The firm also has “demonstrated experience with LEED projects” and with a computerized 3-D modeling tool “to assist in the design, construction and operation of a building project, as well as clarifying its details.”

Pico Branch Library is proposed to be a single-story, 8,690 square foot building adjacent to the Thelma Terry Building at Virginia Avenue Park. Plans include adult, teen, and children’s collections, a community meeting room, study rooms, and seating and story areas.

The Farmers Market that is currently at Virginia Avenue Park will remain in place but be re-configured to accommodate the library and “minimize the impact on the existing park green space.”

Virginia Avenue Park and the soon-to-be Pico Branch Library are located on Pico Boulevard in between 21st Street and Cloverfield Boulevard.

The library is expected to open in late 2013, or 30 years after a drafted plan called for the library to be built.