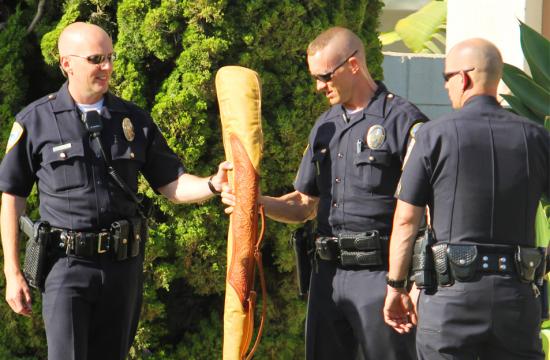 Santa Monica police surrounded an apartment building with guns drawn in the area of Idaho and Ocean Sunday morning following the report of a domestic violence report.

SMPD Sgt. Richard Lewis said the couple at the address had an argument on Saturday that led to police being called, but no charges or arrests were made.

“Today he’s talking about a murder-suicide and has a couple of guns and we don’t know if he’s there or not,” Lewis said.

Lewis said the female made her way to the rooftop and officers had since brought her down to safety.

“(Officers) are going to see if he’s in the apartment,” he said.