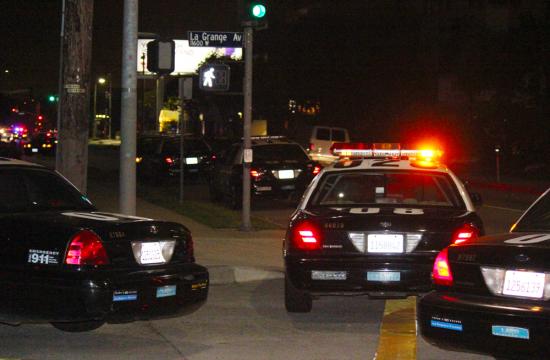 The Los Angeles Police Department responded in full force after reports of a gunman inside a residence at 2014 South Barrington in Los Angeles on Thursday night around 10:15 pm.

According to an LAPD police officer at the scene, there was a gunman inside the house.

The entire block along Barrington from Mississippi to La Grange was shut down and a large number of police were at the scene.

A police force consisting of a special weapons and tactics division (S.W.A.T.) arrived at the scene around 11:25 pm.

Police went door to door asking nearby residents to move out of the area around midnight citing safety reasons.

According to an LAPD officer who asked residents to evacuate from their houses, a man had barricaded himself inside a garage with a gun.

LAPD began allowing some residents along Barry Ave. back into their houses at their own risk around 2 am.

S.W.A.T. cars left the scene around 2:45 am and the streets have been re-opened to car traffic.