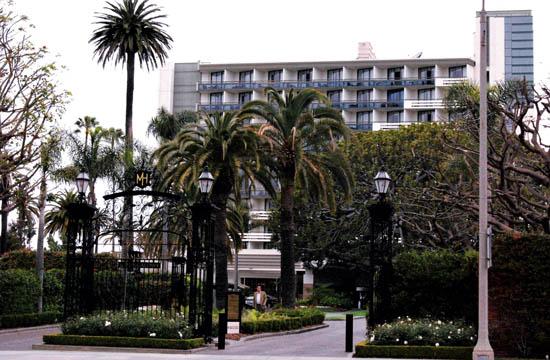 As the Fairmont Miramar Hotel and Bungalows moves forward from last week’s 6-1 council vote supporting the venue’s preliminary expansion plans, a debate has been brewing among two Santa Monica groups who have taken polar opposite stances on whether the project is a boon or hindrance for the city.

The other group – Santa Monicans Against the Miramar Expansion Coalition – holds firm in its stance that if the Council ultimately approved the Miramar’s current plans, an already congested area would experience more traffic. Further, they wonder if many of the anticipated community benefits would actually be realized.

As the Miramar is sandwiched between Santa Monica’s central business district to the south, a competing hotel directly east, and residences on the north, one of the biggest debates is whether the hotel’s expansion plans will adversely affect traffic to the point where, as some contend, cars will be near standstill.

“I’ve personally spent a half hour trying to drive the eight blocks from Lincoln Blvd. to Ocean Avenue during rush hour and on weekends, and can’t begin to imagine what a nightmare Santa Monica traffic will become if this project is green-lighted,” Avery Auer, a resident who lives a few blocks east of the Miramar, told The Mirror. “We’ll be stuck in a state of perpetual gridlock.”

Miramar spokesman Allan Epstein said the revitalized version of the hotel would not produce any more vehicular trips than it does today, a point attorney Rick Zbur of Latham & Watkins refuted. He opined the proposed revitalization plan might be inconsistent with the Land Use and Circulation Element (LUCE), which was devised to control congestion.

“The LUCE policy requires no net peak hour trips in this area. What they are claiming is the project does not have any new net trips, but instead less trips,” Zbur told The Mirror. “They are more than doubling the size of the buildings on the property. Hotels generate traffic in a different way. Cars are coming and going throughout the day.”

He said while the number of hotel trips will not change when the new Miramar is completed, the addition of condominiums makes it hard to believe developers could predict fewer new net trips during peak hours.

“The condos should be generating trips during peak hours,” Zbur added. “If you look where the increases are (in vehicular traffic), they are in the condos and retail. We want the city to have an independent look at traffic instead of just relying upon the Miramar figures.”

Epstein said the expanded Miramar should not cause concern that the project would create New York-style gridlock.

“Our plan has been guided by the LUCE and is, in many respects, implementing your policies in the 2010 General Plan amendment,” he told council members.

Members of the Friends of the Miramar were not available for comment. However, its website included several statements supporting the hotel’s case for expansion.

“The proposed plan is consistent with the vision of Downtown Santa Monica and the progressive planning principles set forth in the City’s recently enacted Land Use and Circulation Element,” the website stated about traffic concerns. “We believe that the proposed project is a responsible, well-planned effort.”

Parking spaces would more than triple from 160 to 484, with up to 120 condominiums and 40 affordable residential units also proposed.

According to City Hall, Miramar’s developer is open to providing traffic-related community benefits.

For example, according to a staff report, the developer may agree to a transit/mobility fee and submit a Transportation Demand Management (TDM) Plan, but details of the fee amount or how the TDM plan would be implemented were not elaborated upon.

A bicycle-parking plan for employees, guests, and residents was suggested.

The developer also hopes surface-level retail shops along Wilshire Boulevard and Second Street would activate greater pedestrian traffic and diminish the number of vehicle trips in the area immediately surrounding the hotel.

Staff also told council members the Miramar aims to “create an integrated transportation and land use program that seeks to limit peak period vehicle trips with a Santa Monica origin or destination to 2009 levels by imposing appropriate TDM program requirements” and implement “land use polices that focus development potential in locations best served by transit.”

There is still a ways to go before council members adopt the revitalization plan and enter into a Development Agreement (DA), but Epstein said traffic concerns stemming from Miramar’s proposed expansion were unsubstantiated.

“There are allegations being made … that this project is going to result in a significant increase in traffic. Our preliminary traffic study suggests that the total traffic generated at the conclusion of these improvements will be more or less the same as the traffic generated by our hotel today,” he proclaimed, adding he is looking forward to receiving City Hall’s own peer review traffic study.