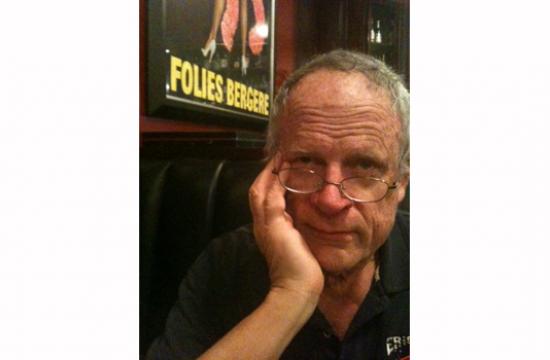 As Memorial Day approaches I am reminded of a letter dated October 7, 1918 my father, Effingham Buckley Morris Jr. , U.S. Army major, wrote to his wife and family members from the trenches of France in WW I.

The last letter I wrote you was written on the night before we started on our “Big Push” and I didn’t know whether I would ever have a chance to write you another. Since that time I have had more experiences than I could tell you in my letters—in fact I am tempted to forget everything I have seen and done. We went “over the top” at 5:30 a.m. on the morning of your birthday! I wondered whether you could feel that I was thinking of you all that day, when I was dodging shells and machine gun bullets. I felt that nothing was going to happen tome on that day as the Fates would not be so unkind as to give you such a birthday present.

“H” and “K” companies were again selected to lead the regiment and it was impressed us that the keynote of the position we were to attack lay ahead of us! It was nothing more or less than Montfaucon, the famous hill from which the German Crown Prince watched the battle of Verdun. General Pershing was with us the day before the drive started and told us that he had “every confidence that we would do our part even though we were a green division!” All of this was very stimulating but it looked like a pretty big job to me. However “K” Company took up its position in the front line shortly before midnight of the 25th to wait for the heavy barrage to start which was to annihilate all the Germans in front of us.

It was a clear moonlight night and the silence of the trenches, which is deeper than any you have ever heard, was practically unbroken save for the snapping of wires as the “pioneers” endeavored to clear lanes through the wire ahead and behind us. At 2:30 all hell broke loose. Every gun opened up wide behind us and it was not long before the Boches were answering. Here we were with nothing but some old broken down trenches to shelter us in one of the heaviest bombardments ever put over. The Germans were very much outnumbered in weight and volume of fire, but our fire did not seem to be reaching any of their guns as theirs did not decrease noticeably. They put most of their shells over our heads with just enough on our line of trenches to keep you in constant fear that the next one would certainly get you. “K” Company was very lucky as all of the shells but one or two missed our trench. As the time for the ‘jump off” came closer and closer I couldn’t help wondering whether the men would start or not. We got off on the dot just before sunrise, and it was about the weirdest sight I have ever seen.

All order was lost immediately as huge shell holes and lines of current wire blocked out progress at every point. I must have fallen fifty times during the first half mile. Our own barrage was bursting just ahead of us and we were doing our best to keep up with it in order to get to the Boches before they could man their machine guns after the barrage passed them. We crossed the first and second lines of German trenches, and then struck a belt of woods which held us up a little and machine guns began to operate. I had gotten a little ahead of the Company by this time with part of the first Platoon, and could see no one on either side of me to support us. We pushed ahead and crossed the third line of German trenches, and came out on a plain swept by machine nests dotted over it and a heavily held machine gun position on the other side. This brought us up all standing and was destined to cost us a lot of lives as there was no cover on the plain at all. We worked forward as far as possible and then sent back for artillery support –which we never received.

I ran into Harry Ingersoll and Major Pepper here, and talked to him just a few minutes before he was shot. Major Langley was shot here also. Harry and Butterworth and I – after support did not come – organized what men we could in an endeavor to rush the machine gun position, and got about half way across the plain when we discovered that there were two belts of wire in front of it and we were forced to drop and take what cover there was. Poor old Harry got it just as he dropped. I never felt worse over anything in my life. The uselessness of the whole war hit me right between the eyes. Support came up shortly after and I had to leave him and go on. He was absolutely game and although he looked badly I thought he had a very good chance. I have done my best to find out what became of him, but up to the present time I have not been able to find out. A truer friend never lived and I can’t believe that he is gone….

In looking back on the drive the worst features were the almost incredible weariness of body and soul, and the lack of warmth at night. I shivered until every muscle in my body ached just from shivering. The march back to billets in the rear was awfully tiresome as the men could hardly drag their feet along, and the road was absolutely jammed with traffic going to the front.

It is needless to try and describe that stream of men, guns, trucks, and wagons, which was crawling over that road. Engineers were working under the trucks and between the very wheels to build and repair the road over which the trucks were passing. Before the drive there was no road – nothing but shell holes. After the drive there had to be a road, and there was one, – that’s all there is to the story.

Tell Mr. and Mrs. Ingersoll please, that I will not stop searching for further news of Harry. I have not given up hope of finding him in some hospital. … Oh Dad! If you could have seen the way in which he was hanging on to life and the nerve with which he was bearing pain! I couldn’t believe that he would lose out and I can’t believe now that he has . He told me to go ahead and that he would be all right, and I felt he would….I shall never go into a fight now without thinking of Harry, and I hope that I may be spared to see the end of that life which cost Harry his, and countless others.

He could not have fallen in a way that better became him – leading a forlorn hope right to the end.

Harry and Major Pepper died at Field Hospital 145 at Brabant-en-Argonne on September 27 and 28 and are buried at the same place.

My father said the painful loss of his lifelong friend and law partner on the battlefield in France would always be with him. He warned me that “war is hell” and mankind should do everything to avoid it. He never mentioned the decorations he received for bravery.

We often talked about my mother’s brother and only uncle, U.S. Army 1st Lieutenant Sidney Brock, who died on August 4th ten days before VJ day. Uncle Sid was fighting in a large palm plantation near Bacalod on Negros island, Philippines. Two of the men in his unit were badly wounded. As he was dragging both men out of harm’s way a sniper shot him. Fellow soldiers shot the sniper out of a palm tree. Documents on his body indicated he was a 17 year old recruit.

Memorial Day is always a day of remembrance. Our family flies the American flag in front of the house to remember the sacrifice made by millions of Americans who gave their lives in service to this country.

By mirrormmg May 24, 2012
in Opinion
Related Posts