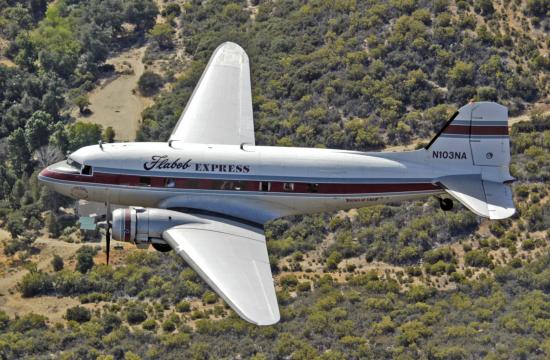 Woodlawn Cemetery will be host its annual Memorial Day Observance this Monday, May 28 at 11 a.m., which is free and open to the public.

In addition to honoring our nation’s brave men and women in uniform who have made the ultimate sacrifice, the service will be centered on Santa Monica’s rich heritage.

The program will acknowledge our community with a program highlighting our past and present commitment to honoring our military.

Highlights of this year’s program include:

• Entertainment by the Santa Monica Oceanaires

• DC3 Flyover with a speech on the plane’s connection to Santa Monica by a DC3 pilot.

The Big Blue Bus will be providing shuttles to and from Woodlawn Cemetery from 9:30 a.m. until 1 p.m. There is no charge for parking or the shuttle. There will be no parking allowed on the grounds of Woodlawn Cemetery.

The flyover will occur at approximately 11:30 a.m. and involve one Douglas DC-3.

The plane will fly over Woodlawn Cemetery at 1,000 feet making two flyovers of the Cemetery.

The DC-3 was built by the Douglas Aircraft Company and made its maiden flight on December 17, 1935 at Santa Monica Airport. The Douglas DC-3 virtually changed the commercial aviation industry and was used extensively by the United States Military during World War II. More than 10,000 were built, many of them in Santa Monica.

Woodlawn Cemetery, Mausoleum and Mortuary is located at 1847 14th St. (corner of Pico and 14th) in Santa Monica.