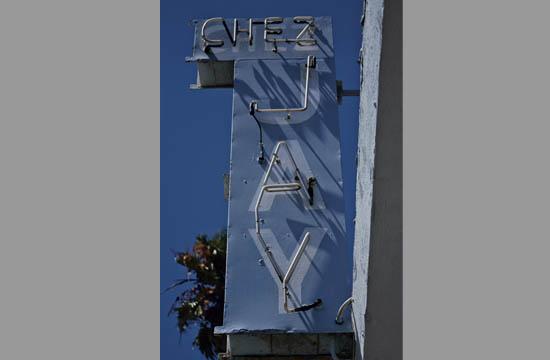 When the Palisades Garden Walk opens in December 2013, those visiting one of Santa Monica’s prized public projects may seek out nearby places to eat. City Hall hopes to have a park-friendly restaurant on-site, so that hungry park visitors will not have to walk too far to satisfy their palates.

Council members authorized staff on April 24, as part of their consent calendar, to seek Requests for Proposals “for a restaurant operator to lease and remodel or construct a restaurant” that would operate at the western edge of the future Palisades Garden Walk.

The future park site, which is located at 1657 Ocean Avenue, is currently owned by City Hall. A restaurant – Chez Jay – currently sits on the portion of the property where City Hall would like the new restaurant to be located.

With the arrival of Palisades Garden Walk, staff saw an “opportunity for the existing restaurant to be upgraded to better serve patrons of the new park” and hence seek RFPs “for a restaurant operator to lease and remodel or construct a restaurant on the Site.”

“The RFP would indicate a preference for a casual dining restaurant, with or without alcohol, since that meets the objectives of the Civic Center Specific Plan (CCSP) and is designed and oriented to serve Palisades Garden Walk,” staff continued in a report to council members.

Keeping consistent with the overall look of Palisades Garden Walk, the CCPS outlined specific “design parameters” as to how the restaurant should look.

One such design parameter: the restaurant should be a “pavilion-like” structure allowing “for the generous flow of activities from interior to exterior spaces.”

“The CCSP encourages the use of verandas, terraces, patios, and other intermediary space in the design of the restaurant,” the staff report continued. “In addition, the CCSP conceived of the ‘park-related’ restaurant and buildings as ‘complementary with the design and activity program for the park.’”

City Hall purchased the land, about 11.3 acres in size, from the RAND Corporation in 2000.

Chez Jay sits on a 7,500 square foot parcel and has been, according to City Hall, “operating on a month-to-month lease since June 2003.” Jay Fiondella, who passed away in 2008, originally owned the restaurant. His daughter, Anita Fiondella Eck, currently operates the restaurant with Michael Anderson.

“Chez Jay has operated as a steak house since 1959 and has a storied history as a gathering place of various celebrities,” the staff report to council members stated.

However, Chez Jay’s current design does not match City Hall’s desired themes for the future park.

Through remodel or reconstruction, City Hall hopes the new restaurant will offer “excellent architectural merit in keeping with the CCSP design parameters” and “casual dining, preferably with food service to be available throughout the day, in a facility which provides a unique aesthetic and ambiance that relates to the PGW experience by providing outdoor dining and visitor-serving amenities, catering to patrons of PGW and adjacent uses.”

City Hall expects construction of the new restaurant to be privately financed, though a rent credit with the new operator would be negotiated.

The staff reported also added that the future restaurant operator “must be financially and operationally capable of providing quality food and beverage offerings” and must “incorporate sustainable materials and practices into its building and operations.”

The new restaurant must also abide by City Hall’s “Healthy Foods Initiative” and other restrictions, such as plastic bag and smoking bans as well as local hiring preferences.

“Depending on the number and quality of submissions received, staff will either return to Council to seek negotiating instructions for a lease with the recommended operator, or return to council for authorization to seek additional information from a short list of finalists,” the staff report stated. “The goal is to select a lessee and negotiate a lease by the end of 2012 so that the planning and construction of the restaurant can be completed as close to the opening of PGW as possible, which is scheduled for December 2013.”

Chez Jay would be allowed to remain on site if it submits an RFP that meets City Hall’s liking.