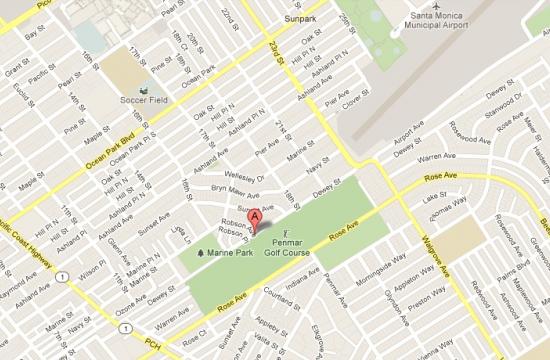 Santa Monica police recovered multiple shell casings on Sunday following a car-to-car shooting in the area of Robson and Dewey.

SMPD Sgt. Richard Lewis said its dispatch received multiple calls of “shots fired” and information of vehicles speeding away from the area at 11:14 a.m.

Lewis said officers were unable to locate the vehicles when they arrived, but several witnesses — including several golf players on the neighboring golf course — were able to provide statements.

He said the vehicles were seen speeding eastbound on Dewey with suspects firing rounds at each other from both cars.

“All of the hospitals have been notified,” Lewis said. “We did obtain evidence to multiple shell casings at the location from two different caliber guns meaning it was a car-to-car shooting, not just a one victim, one suspect.”

Lewis said the two suspected vehicles involved were a metallic red four-door Sedan (possibly a Saturn) and a silver or gold Honda Accord.

He said one of the suspects was described as a bald Hispanic man with a heavy build.