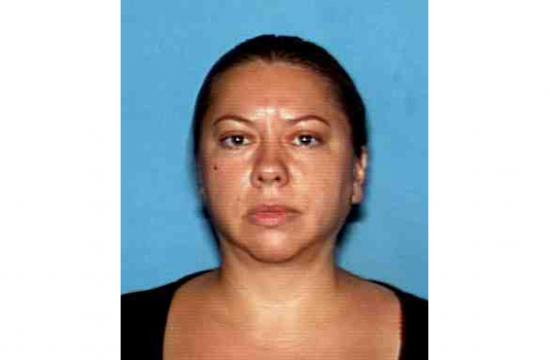 A 10-month probe into an international prostitution ring with brothels in Santa Monica has made headway following the arrest of two suspects on Monday.

Mher “Mike” Hakopyan, 38; his current wife, Natalya Muravyeva, 31; and his ex-wife, Alla Kassianova, 43, are accused in a federal complaint of conspiracy to transport in furtherance of prostitution.

Santa Monica Police Department detectives along with special agents from the U.S. Immigration and Customs Enforcement’s (ICE) Homeland Security Investigations (HSI) made the arrests of Hakopyan and Muravyeva on Monday at their West Hollywood residence at 829 N. Crescent Heights Blvd. Kassianova is still being sought at this time and investigators believe she may be out of the country.

The probe began in September 2011 after a U.S. Customs and Border Protection officer intercepted two Latvian women at Los Angeles International Airport who were attempting to enter the United States under the Visa Waiver Program.

When questioned by CBP officers about the purpose of their trip, the women’s stories including many inconsistencies.

Subsequently, a query of Department of Homeland Security databases indicated the women’s travel reservations had been made by defendant Hakopyan. The women were ultimately refused entry and return to Moscow.

The probe identified Eastern European women working as prostitutes in the Los Angeles and Orange County areas as well as Santa Monica.

The affidavit states that SMPD had already been investigating allegations of prostitution at 2200 Colorado Avenue, Units 635 and 705 in Santa Monica.

In the affidavit, Santa Monica detectives stated the units were allegedly occupied by Eastern European females who were engaging in prostitution in both units. Unit 635 was rented by Adzhemyan and unit 705 was rented by Ashot Hovakimyan. In the rental application for both units, Hakopyan was listed as an emergency point of contact.

The affidavit ties Hakopyan to 11 identified females after extensive research using the Department of Homeland Security and other law enforcement databases to cross reference multiple Eastern European females that have attempted to or have entered the United States.

Four of the links between the alleged prostitution in Santa Monica and Hakopyan include:

— On August 13, 2010, a female arrived at LAX. She declared her destination address as 2200 Colorado Boulevard, unit 635 in Santa Monica, CA. Research also indicated that she had referenced a phone number belonging to Hakopyan as her point of contact in the United States.

— On July 6, 2011, a female arrived at LAX. Research confirmed that she had referenced a phone number belonging to Hakopyan as her point of contact in the United States. SMPD detectives confirmed that this female was engaged in prostitution at 2200 Colorado Boulevard, unit 705 in Santa Monica, CA. A SMPD detective located multiple advertisements of this female on the internet soliciting for sensual body rubs on the website www.cityvibe.com.

— On September 19, 2011, a female attempted to board a flight to Las Vegas, NV from London, England. She was denied boarding by CBP pre-clearance due to multiple inconsistencies in her travel itinerary. She listed her destination address as 2200 Colorado Boulevard, unit 635 in Santa Monica, CA. Research confirmed that her airline ticket was purchased by someone in the United States using the email address belonging to Hakopyan. Research also indicated that she had referenced a phone number belonging to Hakopyan as her point of contact in the United States.

The charges are the culmination of a joint probe by HSI and the Santa Monica Police Department. The two agencies received substantial assistance with the investigation from U.S. Customs and Border Protection (CBP). The case is being prosecuted by the U.S. Attorney’s Office for the Central District of California.

“The Department of Justice is committed to protecting vulnerable victims from ruthless profiteers,” said U.S. Attorney André Birotte Jr. “International prostitution rings like the one alleged in this case span jurisdictions and have a direct negative impact on both the women involved and also on our local communities. That is why partnerships with local law enforcement agencies, like the Santa Monica Police Department, are vital to our continued success in investigating and in prosecuting this criminal behavior.”

According to the case affidavit, the defendants used recruiters in Eastern Europe to identify women who were potentially interested in working for the criminal organization.

The defendants then allegedly purchased the women plane tickets and coached them how to enter the United States through the Visa Waiver Program.

Once the women arrived in the Los Angeles area, it is alleged the defendants helped them find housing and arranged for them to be professionally photographed.

The provocative pictures were subsequently posted on various websites the defendants used to promote the ring’s services, including eros-guide.com, cityvibe.com and thatmall.com. The case affidavit references 14 women definitively identified by agents during the investigation whom the defendants either brought to the U.S. or attempted to bring to the U.S. to work as prostitutes.

“If the allegations in this case prove true, the defendants’ actions were reprehensible,” said Santa Monica Police Chief Jacqueline Seabrooks. “I am quite pleased that our detectives’ collaborative work with the federal authorities resulted in the service of warrants and the apprehension of predators who think nothing of taking advantage of a vulnerable segment of our community.”

Hakopyan and Muravyeva made their initial appearance in federal court in Santa Ana Monday afternoon. Both were ordered held without bail. If convicted of the current charge contained in the criminal complaint, the defendants each face a maximum penalty of five years in prison.