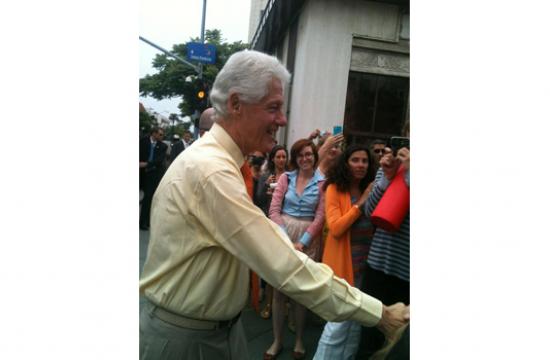 Former President Bill Clinton was photographed just before noon on Thursday at the Third Street Promenade in Santa Monica.

A staff member at Downtown Santa Monica said a colleague snapped several photos of Clinton on her phone as he posed for photos and shook hands of those in the area.

Tonight Clinton will join Barbra Streisand at her Malibu compound at the “Follow Your Heart” event that’s a benefit for the Women’s Heart Center at Cedar’s-Sinai Medical Center, according to the Hollywood Reporter.

Clinton is also in the Southland to help raise money for the Redondo Beach Education Foundation as he is an uncle to a senior at Redondo Union High School, according to The Daily Breeze.