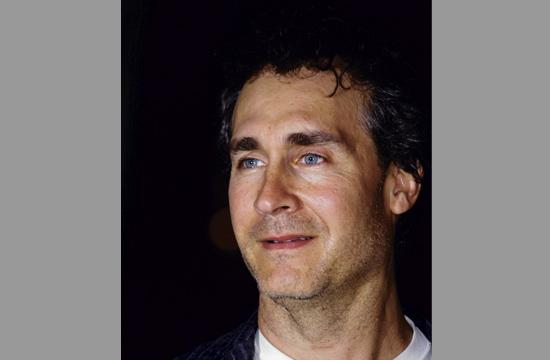 Doug Liman, director of “The Bourne Identity,” “Swingers,” and “Mr. and Mrs. Smith,” is directing a film about torture, specifically government-sanctioned torture.

He and I talked about making the film, Reckoning With Torture. Here is what he said about the film, how he decided to make a film about torture, and his thoughts on American values.

SC: When you think about making this film what do you hope for?

DL: I am a perpetual optimist. You can’t be in the film business unless you are and I have great hopes for the change film can provoke.

I’m not naïve and I know the odds are against us. But they’ve been against every film I’ve ever made.

SC: When did you first start to become aware of American use of torture?

DL: It wasn’t that long after 9/11 that I started seeing the horrible events of that day being exploited by our government and I became aware that our government was crossing lines that, in my memory, it had not.

SC: Do you remember a specific incident or moment in time when the issue of torture became something you felt you couldn’t ignore?

DL: Even though I mostly worry about wondering if I can get a particular actor to cut his back end and even though I wasn’t looking for trouble, the photos and the information from Abu Ghraib were hard to ignore.

For me, like most Americans, once Abu Ghraib, the mistreatment and even torture of prisoners by American soldiers got your attention it was hard to ignore. And when you realized that this was not just a couple of bad apples going against the rule of law, this was institutional policy, I couldn’t escape knowing that this was not consistent with the values I associate with being an American.

DL: I don’t come from national security work, so I don’t know if torture works. What I do know is that people who work in National Security say it doesn’t. It would be a more complicated issue if it did. If we had to argue the morality of hurting someone in the hope that you might get information that would help save someone else we might be having a different discussion. But since it doesn’t and the people, whose job is security, consistently confirm that it doesn’t, then the people who are pro torture are coming from a place of ignorance.

SC: Was learning about Abu Ghraib the genesis of the idea to make the film?

DL: What happened was that, like most Americans, I might be outraged, but had my own life to think about. When I was making Fair Game, I ended up in a meeting at the ACLU and they showed me some of the documents they had obtained through the Freedom of Information Act, documents written by the American government.

Those documents described, very specifically, torture practices – a “How To Manual” – and they were distributed to detention facilities under U.S. control. They condoned and institutionalized the practice of torture.

If you believe in the rule of law you should not do this. The United States is signatory to the Geneva Conventions and the actions at Abu Ghraib and all acts of torture are against International Law.

It would be very hard to read documents created during the second Bush Administration and to learn what it was the country was doing and be okay with it.

SC: Why are the documents so compelling?

DL: These are not biased reports. Consisting of 1000’s of pages, for the most part the documents consist of internal memos and reports of internal investigations. Reports and investigations that were initiated because people within the Justice Department, the CIA, the Department of Defense, and the NSA saw actions that they believed to be wrong and outside the law and they wanted these actions investigated and stopped.

Thankfully, we have these documents. It’s hard to imagine any other place where these damning documents would be released.

SC: What is the idea behind the film, “Reckoning With Torture”?

DL: The Freedom of Information Act works. It allows us to heal ourselves. Justice hasn’t been done yet. There has been no punishment, no restitution, we haven’t reckoned yet with the atrocities committed. But there is a mechanism that creates healing and we need to acknowledge it.

Any parent knows that when a kid does something wrong it has to be acknowledged to be truly over.

The same is true on a large, public scale. This was shown in South Africa with the Truth and Reconciliation Commissions.

SC: How do we heal the division in American thought on the use of torture?

DL: The first step is to show it is not a political issue, not an issue to take sides on, it is an issue of what it means to be an American.

We live in such a polarized world that we can’t separate the storyteller from the story. If Robert Redford is reading a torture memo verbatim people who don’t want to believe it will dismiss it as the ramblings of a left wing Hollywood movie star.

The only way to get past this is for people to read the documents for themselves. To hear many, many Americans reading the documents is so moving.

SC: I understand that is exactly what you plan to do. You have made the documents available for people to read aloud, to make videos of the readings, and to send them to you to be used in the film. What are you doing to get readings from people?

DL: We have a website. http://reckoningwithtorture.org. Any one can go on the website, pick a declassified document from among the documents we have posted on the website, make a video of themselves reading, and send it to us. It’s all on the website – what to do and how to do it. Any one with a cell phone can do this, and that’s just about everyone in the U.S.

We have gotten tons of responses so far and we will continue to gather more material during the summer and then begin editing in the fall.

SC: How will you choose which videos to use?

DL: I am so moved by the idea that people will take the time to be part of this film. My goal is, through good editing, to use everybody who sends in a video.

SC: Is it your hope this will change how Americans are seen in other parts of the world?

DL: I travel a lot for work and even when the U.S. was at an all time moral low in world wide public perception, people would still come up to me and say that while they didn’t agree with the American government’s actions they loved the American people.

I make Hollywood movies and so I’m always looking for good endings.

SC: Does this work make you feel close to your parents, and especially to your father, Arthur Liman, who was well known for his work at the Senate Iran-Contra Hearings.

DL: I feel like my dad and my mother were both great role models for civic responsibility. I’m not limited by the examples of my parents but they factor in. My father believed so strongly in public service but he also loved my movies.

SC: I think the idea for this film of many, many Americans reading from the documents and the concept of healing through acknowledging the truth is brilliant. Kudos to you for your work.

For more information about “Reckoning with Torture,” visit http://reckoningwithtorture.org.

For more information about the Abu Ghraib article on Wikipedia, visit http://en.wikipedia.org/wiki/Abu_Ghraib_torture_and_prisoner_abuse.

The ACLU documents released under the FOIA are available here: http://www.aclu.org/accountability/released.html.

For more information on the U.S. Department of Justice Freedom of Information Act, visit http://www.justice.gov/oip/foia_updates/Vol_XVII_4/page2.htm.

For more information about the Truth and Reconciliation Commission, visit http://www.justice.gov.za/trc.

For more information about Arthur Liman, read these two articles in the New York Times: Article One and Article Two.