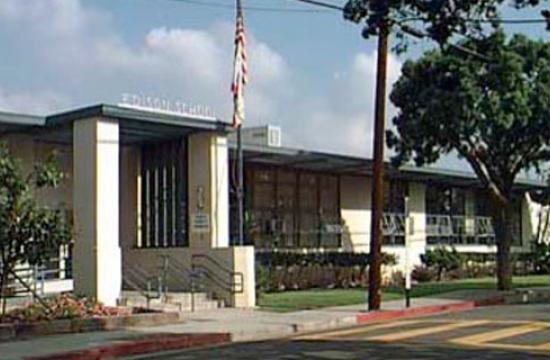 Twenty-five years ago Santa Monica’s Edison Elementary School was on life support. There were those in the Santa Monica-Malibu Unified School District who were convinced it should simply be allowed to die.

Fast forward to tonight: 250 guests are expected at Edison Language Academy’s First Annual All Class Reunion, a celebration to mark the 25th Anniversary of the school’s award-winning dual immersion program.

After decades of serving a close-knit, diverse and working-class neighborhood, Edison in the 1980s was a school struggling to survive. Declining enrollment due to shifting demographics, low test scores and the lingering impact of the 10 freeway construction — left the school operating at half its capacity.

But parents and local activists wanted to preserve a school in the neighborhood and asked the SMMUSD board of education to appoint a task force to find a way to create an integrated school with a rigorous academic program. The task force proposed a dual immersion program that would enroll a diverse student population from across the district and the surrounding area.

With a nod from the SMMUSD Board, Edison became one of California’s first dual immersion programs. Support from the U.S. Department of Education helped train teachers, acquire bilingual curriculum, develop the program and infuse technology. Soon, the entire school became a dual immersion program and SMMUSD made the commitment of growing the program one grade at a time, from Kindergarten through 12th grade.

By the mid-90s, applications for Kindergarten seats outstripped Edison’s capacity, and today residents from all income levels throughout Santa Monica vie for the few choice spots. Since 1987, more than 2,000 students have been promoted from Edison’s fifth grade, moving on to aligned dual immersion programs at John Adams Middle School and Santa Monica High School.

Lori Orum, Edison principal since 2006, said the school is a genuine family.

“We have teachers here who attended as students, and parents who attended here 20 years ago whose children are current Edison students,” Orum said.

The All Class Reunion not only marks the 25th anniversary of this unique program, but is the final chance for alumni to return to the campus of their childhood. A new school is being built on the Edison site and by next year, the old building will be demolished — leaving only the fond memories of the past quarter century.

According to event organizers, alumni of all ages and their families, teachers, and school officials from throughout the school’s history will gather to renew acquaintances, sample fare from local celebrity chefs, and dedicate a time capsule.

The time capsule will be sealed later this year after alumni, current students and teachers insert messages to future Edison students and tokens of today’s popular culture.

Once sealed, the time capsule will remain locked and on display in the school’s new library building, to be opened by the 5th Grade class of 2037at Edison’s 50th Anniversary.

Edison Language Academy, will hold its 25th Anniversary All Class Reunion from 6 p.m. to 9 p.m. Edison Language Academy, 2425 Kansas Ave. in Santa Monica. Free parking at the Venice Family Clinic across from school entrance on Pico Blvd. For more information and to RSVP to the reunion, call Patrick at 801.201.4809 or by email at Reunion@EdisonAmigos.

The day before a massive fire that started at a Venice homeless encampment burned a Boardwalk building, Council member Bonin...