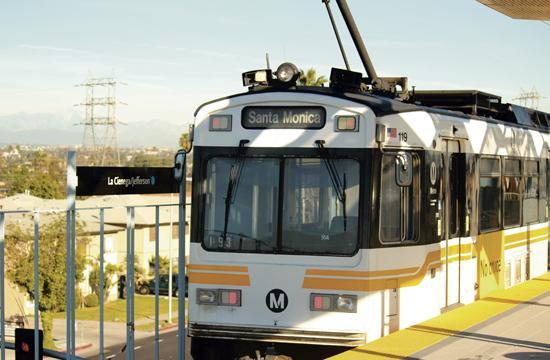 The first phase of the Metro Expo Line is officially complete with the opening of the final station in Culver City today.

The opening of the station at 4420 Exposition Boulevard (at Washington and National) marks the completion of the first phase of the Expo Line, which runs from downtown Los Angeles to Culver City. The $932 million first phase covers 8.6 miles.

Most of the first phase of the line opened in April, allowing commuters to travel 7.9 miles to La Cienega and Jefferson boulevards.

The Farmdale Avenue stop, which is adjacent to Dorsey High School, will also open today. It had previously been bypassed by trains since the line began operating.

The second phase of the Expo Line will extend the service another 6.6 miles from the Culver City Station to Santa Monica. That stretch, a $1.5 billion project, will include seven stations and is expected to be completed in 2016.

The new Culver City station will open to the public at noon after transportation officials hold a dedication ceremony this morning.