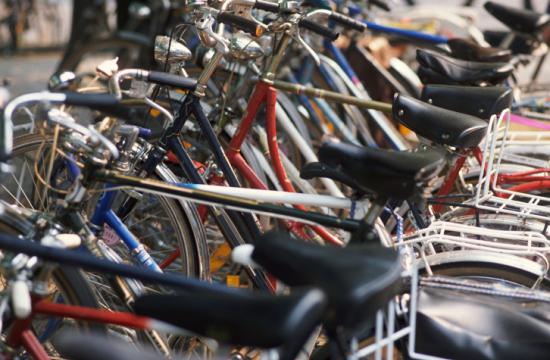 Two middle schools and two elementary schools in Santa Monica are expected to participate in a program dedicated to promoting its students to travel to campus each day via bicycle or walking.

At its Tuesday meeting last week, the City Council approved $328,000 to be allocated to California-based Alta Planning + Design to provide grant-funded school-based bicycle and pedestrian training for elementary and middle school students.

As part of the program, City Hall has accepted a grant of $85,000 from Metro Congestion and Air Quality program and another $197,000 from the Safe Routes to School program to help fund a pilot project.

The planned bicycle safety and pedestrian education program will be in effect at JAMS and Lincoln Middle School. The two elementary schools have yet to be picked.

“Locally, students, parents and school administrators have expressed support for increased bicycling and walking to Santa Monica-Malibu Unified School District schools,” staff said. “The Santa Monica High School Solar Alliance first initiated Walk It Bike It Day in 2007. Since that time, each middle school has annually held a ‘Bike or Walk to School Day’ with participation steadily increasing. These events have grown to include participation from three-quarters of all schools within the District, which has increased the interest in walking and biking safety education.”

Staff added that the program seeks to facilitate a change in behavior among school children and parents to increase walking and biking to school, an objective of the City’s Land Use Circulation Element and Bicycle Action Plan.

The $328,000 payment to Alta Planning + Design will be covered by the two grants plus another $46,000 in local Proposition C funds. The firm was a lead consultant for the Safe Routes to Schools program in nearby Santa Clarita.

Congress implemented a National Safe Routes to School program in July 2005. The federal legislation was established to “address the lack of walking and biking to school.”

“At its core, the (Safe Routes to School) Program empowers communities to make walking and bicycling to school a safe and routine activity,” staff said. “The Program makes funding available for a wide variety of programs and projects, from building safer street crossings to establishing programs that encourage children and their parents to walk and bicycle safely to school.”