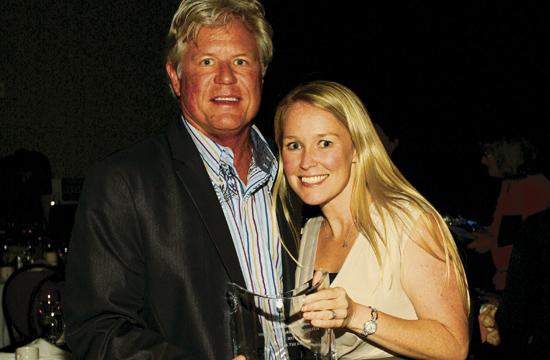 Santa Monica is known for being a tourist destination and minding the environment. Last Tuesday, both tourism and the environment melded together in Sacramento as Heal the Bay was honored with the Stewardship of the Year award at the 2012 California Travel Association Summit.

Heal the Bay was among seven honored at the travel association’s annual summit for its support of California’s $100 billion tourism industry. Also honored was acclaimed filmmaker Francis Ford Coppola.

Accepting the award in Sacramento on behalf of Heal the Bay was its Coastal Resources Director Sarah Sikich, who said the honor was symbolic of the non-profit’s efforts in raising awareness of the importance of protecting the state’s coastline.

“Protecting the California coastline isn’t just good for the environment,” Sikich said. “It’s good for the statewide economy. The millions of visitors who come to our beaches each year expect clean water and sand. We all have a duty to protect what we love.”

The California Travel Association bestowed the honor upon Heal the Bay for its work in protecting, preserving, restoring, improving, expanding, or otherwise enhancing “California’s natural, cultural, or historical treasures.”

Specifically, Heal the Bay was recognized for its “education and advocacy initiatives to protect oceans statewide and beautify beaches for the millions of people who visit California each year.”

Among the Heal the Bay initiatives that the California Travel Association recognized in awarding the Stewardship of the Year honor were the non-profit’s “The Beach Report Card” database grading the cleanliness of more than 500 of California’s beaches, its work in helping create safe havens for endangered fish an animal populations, its educational outreach through the Santa Monica Pier Acquarium, and its “contribution to ending the scourge of pollution on our shores by sponsoring a number of regional and statewide measures that have significantly reduced urban runoff and marine debris.”

According to the California Travel Association, Coppola was “honored for his work to promote California’s wine tourism industry, via his Francis Ford Coppola Winery.”

Celebrating its 30th year, the California Travel Summit has gained industry-wide accolade as one of the State of California’s most significant opportunities for travel and tourism professionals to share and improve individual knowledge, refine business relationships and add a voice to ongoing political discussions.