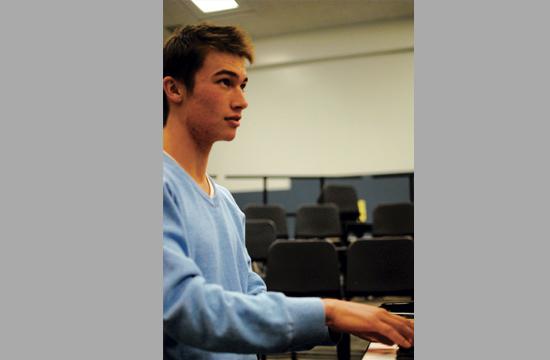 A French music holiday inspired Santa Monica to join in with other cities throughout Los Angeles County to celebrate Fête de la Musique on Summer Solstice. Music lovers from within the city and around the region trekked to Reed Park and the Annenberg Community Beach House last Thursday – the first official day of summer – to take part in the Make Music Los Angeles program.

Both public venues in Santa Monica hosted a series on musical performances on the Summer Solstice in honor of Fête de la Musique, which was established as a national musical holiday by the French government in 1982.

Collectively, the Make Music Los Angeles celebration was an 11-hour party that organizers said was “about people getting together in their neighborhoods in a do-it-yourself fashion and putting together their own musical concerts in a variety of locations.”

“Our hope is to inspire new creative works, develop new audiences and celebrate our cultural differences by crisscrossing the county and discovering the hidden musical gems L.A. has to offer,” said Make Music Los Angeles Founder/Executive Director Dorsay Dujon. “Los Angeles thrills and delights audiences the world over. Make Music LA wants to encourage the relationship between our culturally diverse communities’ residents and visitors to hear and play music for one another.”

In Santa Monica, Reed Park and the Annenberg Community Beach House hosted events throughout the day with programmed music as well as slots for local musicians performing on a first come, first served basis.

Other locations where musicians were allowed to perform without a city permit included Douglas, Palisades, Clover and Virginia Avenue Parks, and the beach. Permits were required for musicians seeking to perform at the Santa Monica Pier, Third Street Promenade, and Transit Mall.

Beyond Los Angeles and Santa Monica, the music festival has been celebrated on the Summer Solstice around the world for years.

In all, 460 cities in 110 countries participate in the coordinated event. Participating countries, beyond the United States, include the likes of Australia, Cameroon, Chile, Colombia, Congo, Egypt, Fiji, Germany, Italy, Japan, Morocco, Nepal, Syria, and Vietnam, among others.

The musical performances were open to anyone and everyone; admission was free.