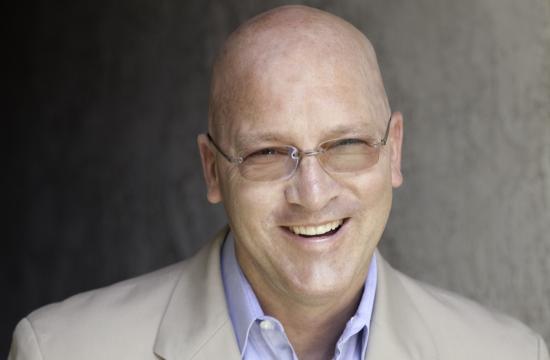 Santa Monica Planning Commission vice chair Ted Winterer announced Friday he will be running for one of the open Santa Monica City Council seats when voters go to the polls on November 6 later this year.

This is not the first time Winterer has run for City Council.

In 2010, he narrowly missed winning a seat by 56 votes (0.08 percent) of the total ballots cast in an election whose final outcome wasn’t determined until weeks after the polls closed.

“Two years ago I almost prevailed in a race where all of the incumbents sought reelection. This year, with at least one and possibly two incumbents not seeking an additional term on the Council, I’m cautiously optimistic about my chances for success,” Winterer said.

He said he was “bullish” on Santa Monica.

“Our town has faced substantial challenges in recent years due largely to global economic headwinds and the continued dysfunction of state government,” he said. “But I believe we will thrive in the future and continue to provide a first rate Police and Fire Department and other services for our residents. In fact, the real challenges ahead, given how desirable Santa Monica has become as a place to live, work, recreate and invest, will be to maintain our socioeconomic diversity, advocacy for social justice and beach town character.”

Winterer said he is also committed to an aggressive approach to the City’s sustainability goals, innovative solutions to traffic and parking challenges, continued excellence in public schools, the addition of new parks and playing fields, support for small businesses, and solutions to quality of life issues such as the impacts of the Santa Monica Airport.

Winterer first became involved in civic affairs in 2001 when he joined the Ocean Park Community Organization (OPCO) as chair of its Traffic Committee and later was elected OPCO’s co-chair.

He has since then served the Santa Monica community as a Recreation and Parks Commissioner; president of the Ocean Park Association; member of the steering committees of CEPS and the Campaign to Protect Quality Public Schools; member of SMMUSD’s Economic Feasibility Committee; advisor to the Santa Monica Coalition for a Livable City; and an appointee to the City’s Workforce Housing Committee. He is also an AYSO referee and coach and an organizer of the annual Fourth of July Parade on Main Street.

Winterer was born in Brooklyn, New York and graduated from Dartmouth College in 1979. He moved to Santa Monica in 1992 and lives in the Ocean Park neighborhood with his wife Beck, their 10-year-old daughter Eleanor and six-year-old son Steele.

For more information about his campaign, visit www.tedforcouncil.com.