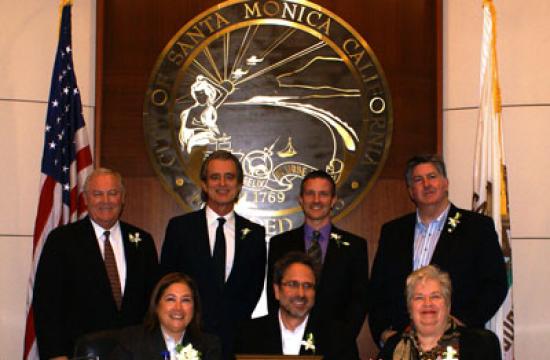 A new fiscal year is around the corner, so it was high time for the Santa Monica City Council to take a look at the second half of the Biennial Budget it initially approved last spring.

With Fiscal Year 2012-13 starting July 1, council members formally approved on Tuesday the $530.5 million budget it initially set during deliberations in May 2011.

Beyond the general fund allocation, the second half of the 2011-2013 Biennial Budget will also include funding for the City of Santa Monica’s ambitious redevelopment projects.

Unlike the current budget that is active for about two more weeks, the 2012-13 budget will be City Hall’s first full financial plan to be in effect in absence of the City’s Redevelopment Agency (RDA).

Accordingly, the new budget will allocate nearly $119 million to Capital Improvement Projects (CIP) to compensate for the loss of RDA and address potential pension fund increases.

When council members deliberated about the budget last year, RDA funding was still in effect. Of course, earlier this year, Gov. Jerry Brown went forward with his plan to eliminate the RDA, a move that was approved by the state legislature and upheld by the state courts.

More than $8.7 million is allocated for the Pico Branch Library construction this fiscal year. Another $5.6 million is dedicated to the Early Childhood Education Center (ECEC); new elevators in Parking Structures Two, Four, and Five are expected to cost nearly $1.7 million.

About $23 million is allocated to the Big Blue Bus (BBB), including an estimated $7.9 million for a bus replacement program and another $6.6 million for “Bus Components Replacement Program;” more than $3.6 million is dedicated to technology equipment for BBB vehicles.

Phase IV of the Pier Infrastructure Improvements is expected to cost City Hall $3.3 million with another $450,000 allocated to the development of a Pier Master Plan.

Another $3.4 million is expected to be spent on a private contractor for a water main replacement in downtown Santa Monica.

The Colorado Esplanade, listed under “miscellaneous grants,” will cost City Hall yet another $3.3 million, while an estimated $3.7 million is dedicated to the “Clean Beaches and Ocean Parcel Tax” program under Measure V.

Also included in the new budget is a one-time $10 million payment to the California Public Employment Retirement System (CalPERS), a move that could potentially save City Hall $800,000 annually in pension payments made to city employees.

“Retirement unfunded liability is a significant City obligation that can, and has, increased dramatically due factors largely outside of the City’s control,” staff said. “Because the City is in an overall strong fiscal condition, it is able to make large, one time payments that decrease ongoing charges.”

Two council members – Bobby Shriver and Pam O’Connor – were not present to vote on any of the agenda items at the June 12 meeting.

This year’s budget was part of a two-year planning process. In May 2011, council members approved a $1.3 billion Biennial Budget during a three-day workshop.

At the end of that workshop, the council approved the budgets for both the current fiscal year ending on June 30 and the upcoming one commencing on July 1, with the provision that the 2012-13 financial plan would be looked at again a few weeks prior to is implementation to account for changes or updates.

Council members will again deliberate its next Biennial Budget next spring, where a new two-year financial plan spanning from 2013 to 2015 will be devised and ultimately approved.

Last year was the first time Santa Monica employed use of a Biennial Budget; previously, council members had to deliberate the City budget each year. However, under the Biennial Budget plan, council members now consider two years of budgets, initially approving both together and making tweaks, if necessary, six and 12 months later.