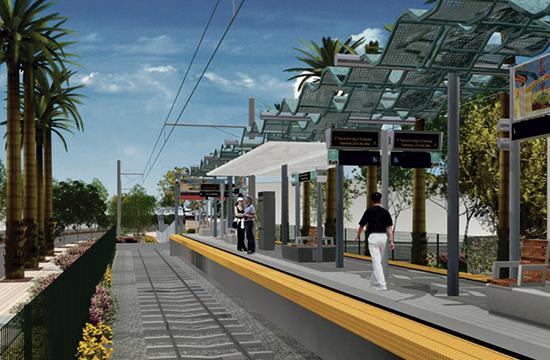 A half-cent sales tax that was approved by voters in 2008 with a sunset provision may have found a way to live longer. On May 22, a truncated Santa Monica City Council expressed its unanimous support for Assembly Bill 1446 and opened the door for Measure R’s expiration date to be eliminated.

In potentially eliminating the expiration of the countywide half-cent tax, officials hope to speed up construction and completion of a long laundry list of highway and transit projects aimed at easing traffic congestion throughout the Los Angeles basin and surrounding areas.

Several of those highway and transit projects directly affect Santa Monica and its immediate neighbors, including the completion of the Expo Line through the city, the Sepulveda Pass Transit Corridor, and the extension of the Purple Line to Westwood.

Measure R is a half-cent sales tax for transportation throughout Los Angeles County and, with voter approval, would fund 12 transit projects and 16 highway improvement projects, create 410,000 jobs, provide $5.9 billion to cities, limit reductions in transit service, and keep fares low for the disables, seniors, and students.

While the second phase of the Expo Line would arrive in Santa Monica in 2016 as planned, the Westside subway extension of the Purple Line, which currently ends in Koreatown, would be completed by 2022, or 14 years ahead of schedule. Once complete, the Purple Line’s terminus would be at the Veterans’ Affairs facility just west of the 405 freeway on Wilshire Boulevard in nearby Westwood, meaning by 2022 two transit line would connect the Santa Monica area to downtown Los Angeles.

Metro added the extension of Measure R would allow transit and highway construction to be accelerated and completed at an earlier date than originally planned. The extension would also allow Metro to take advantage of low interest rates and construction costs.

Once AB 1446 becomes law, the Metro Board would then prepare a ballot initiative to be presented to voters in November’s general election.

According to the language of AB 1446, the Metro Transit Authority (MTA) would be allowed to maintain the relevant “transactions and use tax without a limitation as to its duration, subject to voter approval.”

“The bill would require MTA to secure bonded indebtedness payable from the proceeds of the tax imposed and would require that the proceeds from those bonds be used to accelerate the completion of specified projects and programs,” the proposed bill continued.

MTA representatives, however, have stated through various presentations that Measure R enhances the completion of the county’s highway and transit projects.

According to the MTA, about $10 million in funding would be preserved in the 2013 fiscal year should AB 1446 become law and voters approve the elimination of sunset provision.

Council members Bobby Shriver, Pam O’Connor, and Terry O’Day were not present for the discussion on this agenda item; the remaining four council members approved supporting AB 1446 at the conclusion of its May 22 meeting.