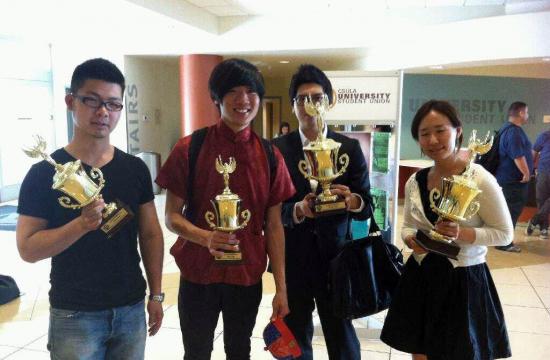 Second-place awards went to Seounghoon Baek for the non-heritage (non-native speaker) group and to Eun Sil Baek at the intermediate level, and third-place honors were captured by Si Un (Brian) Moon at the elementary level and Seikoh Matsuo at the advanced level.

The contest was sponsored by the Chinese Studies Center at Cal State Los Angeles.

Kylie Hsu, director of Cal State L.A.’s Chinese Studies Center and coordinator of the poetry recitation contest, said it was “amazing” that all four SMC students were non-heritage contestants who, with the exception of Baek, competed against a field that included native Chinese speakers.