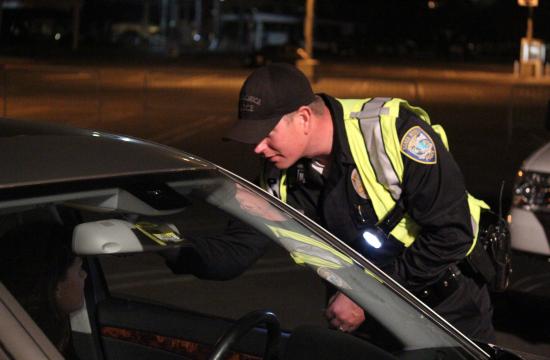 A DUI/Driver’s License Checkpoint will be held this Friday, June 22, at an undisclosed location within Santa Monica city limits.

The Santa Monica Police Department will conduct the checkpoint as part of an ongoing campaign to reduce the number of persons killed and injured in alcohol involved crashes.

SMPD Sgt. Richard Lewis said DUI checkpoints are conducted to identify offenders and remove them from the street, as well as bring awareness to our community of the dangers of impaired driving.

“Officers will be contacting drivers passing through the checkpoint looking for signs of alcohol and/or drug impairment,” Sgt. Lewis said. “Drivers caught driving impaired can expect jail, license suspension, and insurance increases, as well as fines, fees, DUI classes, court probation and other expenses that can exceed $10,000.”

All too often, Santa Monica Police Lieutenant Jay Trisler said members of the community are senselessly injured or killed on local roadways by impaired drivers.

“Over the course of the past year, DUI drivers were involved in 12 collisions, which injured 19 people,” Trisler said.

According to the National Highway Traffic Safety Administration (NHTSA), checkpoints have provided the most effective documented results of any of the DUI enforcement strategies, while also yielding considerable cost savings of $6 for every $1 spent.

The Santa Monica Police Department reminds drivers if you plan on drinking, have a designated driver or call a taxi cab to take you safely home.