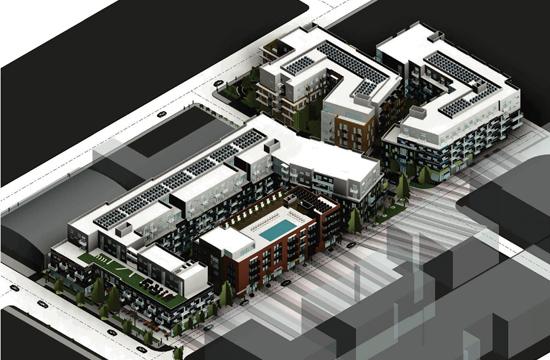 Another meeting. Another indecision. The future of Village Trailer Park (VTP) still remains in the balance. For the second consecutive week, the Santa Monica Planning Commission tabled voting on a proposed Development Agreement (DA) to remove one of the city’s two trailer parks and convert it into a large mixed-use project.

Commissioners put off its consideration of VTP until June 20, when the appointed board will resume its deliberation and possibly decide whether to recommend the proposed DA to the City Council. More than eight hours of deliberations, public testimony, questions, and staff reports have been logged at a pair of hearings held on the past two Wednesday nights.

Concerns of the proposed mixed-used development involved urban planning issues, such as traffic circulation and walkability, among others. Another major concern was the loss of home ownership should the proposed DA ultimately be approved by both planning commissioners and the city council.

Should the proposed DA be approved, that would mean several current homeowners living at VTP would lose their respective homes. At the May 23 special hearing, it was pointed out that the Environmental Impact Report (EIR) was deficient for failing to take into account the loss of homeownership at VTP.

The residential units would occupy about 285,000 square feet, or as much as 93 percent of the development.

If approved, gone would be the mobile homes that currently occupy the VTP site at 2930 Colorado. Living in those mobile homes are 48 full-time households, all of which would have to relocate if they choose not to purchase one of the new apartment or condominium units that may potentially arrive there in the near future.

The same option exists for the eight VTP households that occupy units either seasonally or part-time.

Luzzatto’s DA came back to the Planning Commission this week after several community members and attorneys pointed out potential deficiencies with the proposed project. Among those alleged weaknesses were a deficient EIR and potentially unavoidable neighborhood impacts such as increased traffic congestion.

It was also pointed out that the proposed DA, if realized, would have negative air quality impacts due to the potential removal of trees and shrubs in the immediate area. Opponents of Luzzatto’s DA allege about 100 trees would be destroyed should the project be realized. Such a scenario would not be consistent with Santa Monica’s plans to establish a citywide arboretum.

Opponents also argue the proposed DA is inconsistent with the Land Use and Circulation Element (LUCE), in that the mixed-use project does not foster neighborhood preservation. For example, due to the development’s high density of lofts and one-bedroom units that is not likely to attract families, but instead singles or young professionals who move in and out of the area at a high rate.

With respect to congestion issues, another concern expressed by residents and community members is that City Hall should wait until the Bergamot Area Plan is adopted prior to making any decisions on the East Village DA. There are several developments in the immediate area of the VTP that are either approved or proposed and there is a concern that unless there is a concerted effort to manage them as a whole instead of independent projects, the area would be significantly overdeveloped with negative consequences that cannot be reversed.

Commissioners made no assurances that a decision will be made on June 20.