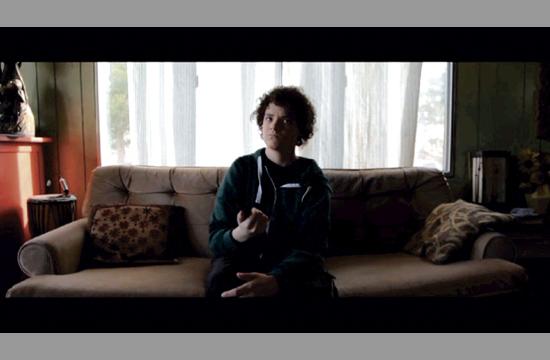 Armed with a dream, a camera, a story, and perhaps some actors, teenagers from around the world will be descending upon Santa Monica this weekend to participate in the Seventh Annual Teen Film Festival at the Miles Memorial Playhouse and Main Public Library this weekend.

With 55 films screening in three different blocks, the Santa Monica Teen Film Festival showcases and provides an outlet for the creative talents of teen filmmakers, as well as encourages youth to use the art of filmmaking as a form of creative expression and commentary on the world in which they live.

Film submissions came in from all over the world, with teenagers in Europe, Asia, Australia, and the Middle East joining teenaged filmmakers from here in Santa Monica in vying for a spot at the festival. In all, there were reportedly more than 300 entries submitted.

An interdepartmental initiative between the Santa Monica Cultural Affairs Division, the Santa Monica Public Library, the Virginia Avenue Park Teen Center, and City TV, the Teen Film Festival will feature films from as short as 30 seconds in length to as long as 30 minutes.

Each of the 55 films will compete for one of the many festival awards, including Audience Choice, Best Animation, Best Documentary, Best of the Fest, Best Music Video, and a “Green Choice” award to the production that best pays homage to environmental progress. Meanwhile, individual filmmakers are eligible for the Santa Monica Budding Filmmaker award; the honor will be bestowed upon the filmmaker who, through his or her project, demonstrates great promise as a future member of the film industry.

Two screening blocks will take place June 9 at the Miles Memorial Playhouse, located at 1130 Lincoln Boulevard. The first film screening at 11 a.m., the morning block of film focus on animated and family-themed films and is ideal for anyone age six or older.

The second screening block at the Miles Memorial Playhouse kicks off at 7 p.m. and will continue through 10:30 p.m. According to the festival planners, the films are slightly more mature and appropriate for pre-teen youth; parental guidance is suggested for Saturday evening’s films.

The festival closes on Sunday afternoon with a screening of feature films geared toward families at the Santa Monica Public Library’s Main Branch at 601 Santa Monica Boulevard. The first showing is at 2 p.m. and the festival is expected to continue until 4:30 p.m.

After the final film is screened, an awards ceremony will be held.

Award recipients will be given a gift certificate, trophy, and chance to network with producer Mike Upton “Madea’s Family Reunion.”

Tickets to the festival are free. More information is available online at www.santamonicateenfilmfestival.com.