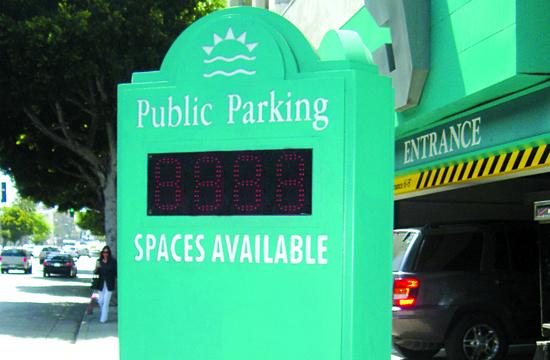 Change can be slow. Later this year, be sure the amount of change in your pockets is abundant. Almost 10 years after current parking meter rates were set in Santa Monica, council members approved on Tuesday as much as 100 percent increases in the amount it will cost residents and visitors alike to park here in the city.

When all is said and done, City Hall expects a $3.5 million windfall.

Planning to park in the downtown? Expect to pay $2 per hour at parking meters, up from the current $1 per hour rate, a 100 percent increase.

Other meters outside of the downtown will increase 33 percent from 75 cents per hour to $1 per hour.

“Public parking in Santa Monica is a limited resource that is in high demand, and presents many challenges to both users and City administrators,” City staff said. “During peak periods, the average occupancy rate for some Downtown parking structures can exceed 95 (percent), while others are under-utilized. Similarly, the Central Beach zone and Pier parking areas may exceed capacity during peak hours, while other parking resources are underutilized.

The other big change is the amount of free parking time available at downtown’s parking structures. Currently, the first two hours are free. However, come October only the first 90 minutes will be free.

On the flip side, lots that are not used as frequently, such as the ones at the Civic Center and the Main Library, will see a reduction in parking rates.

The following are some of the changes drivers can expect to see in the fall at local parking lots, structures, and meters.

Downtown parking structures will be free for 90 minutes, $1 for the next hour, then $3 per hour thereafter with a $14 daily maximum.

New monthly permits will also be created for weekday parking (valid Monday through Friday from 6 a.m. to 7 p.m.), nights and weekends (valid from 4 p.m. to 8 a.m. and all day Saturday and Sunday, and “anytime, anywhere” that are valid in any downtown structure, Library and Civic Center all day, every day.

There were no changes proposed for parking lot rates along Main Street.

For structures at the Civic Center and Main Library, evening and weekend flat rate fees were eliminated. During the week, the first 30 minutes free and then it’s $1 per hour for next three hours thereafter with a $5 daily maximum. Nights and weekends monthly passes would be available and valid from 3:30 p.m. to 8:30 a.m. during the week and all day Saturday and Sunday.

At the beach, shoulder parking would be eliminated during the spring and fall, while free parking would be added from 4 p.m. to sunset at beach lots of 4S (2030 Ocean Avenue), 5S (2600 Barnard Way), and 3N (1150 Palisades Beach Road).

Parking at the Annenberg Beach House would be $3 per hour with an $8 daily maximum during the winter season. In the summer, the hourly rate remains the same but the daily maximum increases to $12.

Short-term parking spaces may be added to Beach Lot 3N with a rate of $1 per hour.

At the Santa Monica Pier, parking rates for shoulder parking during the spring and fall would be eliminated while lot rates would be $3 per hour throughout the year but with a $12 daily maximum in winter and $15 daily maximum in summer.