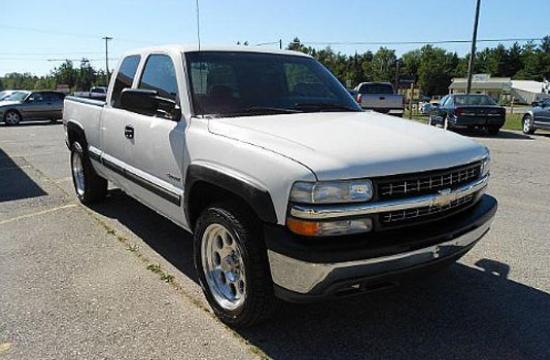 Santa Monica detectives are continuing their investigations into the City’s first homicide of the year as well as the fourth fatal traffic collision of the year that occurred less than five hours apart earlier this week.

Santa Monica resident Ryan Taylor Bright has been charged with murder and his bail set at $1 million after he fatally stabbed 27-year-old Jensen Gray, of Laguna Beach, at a party at 3:25 a.m. on Wednesday.

Police responded to Archstone Santa Monica apartments, located at 425 Broadway, to find Gray on the floor of the lounge room who had succumbed to several stab wounds.

Bright was detained a short time after the incident by police only a block away and was booked for murder.

Just several hours earlier, a 30-year-old female cyclist from Venice was struck and killed Tuesday at 11:13 p.m. on the 200 block of Pacific Coast Highway near Entrada Drive in Santa Monica.

The suspect vehicle is described as a 1999 Chevrolet Silverado 1500 Extra cab truck, white in color, with damage to the front grill, hood, and headlight assembly. There is no information on the driver at this time.

Both the vehicle and the cyclist were traveling in the southbound lane.

Based on statements from independent witnesses, the victim swerved into the middle of the lane for unknown reasons, and was subsequently struck by the suspect vehicle as it passed. The victim, identified as 30-year-old Erin Galligan, succumbed to her injuries at the scene of the collision.

The driver fled the scene last seen heading east on the 10 Freeway.

The other three fatal traffic accidents this year include:

• On June 22, Los Angeles resident Antonio Cortez died from injuries sustained in a bicycle accident. The 40-year-old had two weeks earlier crashed into an open car door on 11th Street, near Oak Street in the Sunset Park neighborhood.

Police did not file criminal charges against the car’s driver, who had the door open for several seconds to unload groceries before Cortez hit it.

Alcohol played a major role, according to police at the time, who noted that Cortez was not wearing a helmet and had a blood alcohol content level above the legal limit of .08 when tested at the hospital.

• On February 24 at 12:20 pm, the Santa Monica Police Department responded to a traffic collision in the 1900 block of Pico Boulevard involving two motorcycles and a vehicle.

The two motorcycles were traveling at a high rate of speed while splitting traffic westbound on Pico Boulevard from Cloverfield. As the two motorcycles neared the intersection of Pico and 20th Street, a 2005 Ford Expedition being driven by a 41-year- old female, began making a left turn onto 20th Street from Eastbound Pico Boulevard. Due to the speeds the motorcycle riders were traveling at, they were unable to stop or maneuver around the vehicle and one of the riders struck the rear passenger side of the Expedition while the other laid his motorcycle down on the roadway to avoid a collision.

The motorcyclist who struck the vehicle suffered severe head and body trauma and was transported to a local trauma center in critical condition. He was later identified as 22-year-old Los Angeles resident, Frank Gauthier. On March 12, 2012 Gauthier succumbed to his injuries.