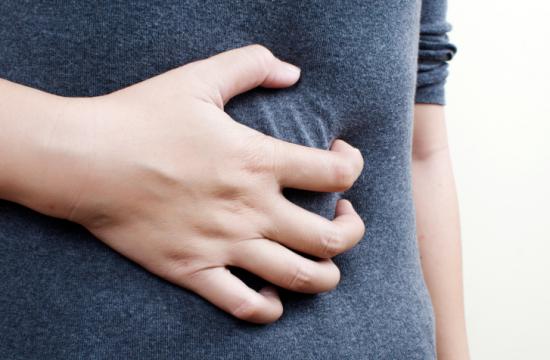 Premenstrual syndrome (PMS) is a collection of physical and emotional symptoms related to a woman’s menstrual cycle.

While 85 percent of women of child-bearing age experience symptoms related to a “normal” period such as bloating or breast tenderness, PMS is a consistent pattern of emotional and physical symptoms that are of “sufficient severity to interfere with some aspects of life.”

In particular, emotional symptoms must be present consistently to diagnose PMS. The specific symptoms of PMS vary from woman to woman, but each individual woman’s pattern of symptoms is predictable, occurs consistently during the ten days prior to menses, and vanishes either shortly before or shortly after the start of menstrual flow. Up to ten percent of women fit these criteria.

A more dramatic form of PMS, known as Premenstrual Dysphoric Disorder (PMDD) consists of symptoms are similar to, but more severe than, PMS. PMDD is classified as a “repeating transitory cyclic disorder” having similarities to clinical depression.

The exact causes of PMS are not fully understood. Fluctuating levels of the sex hormones, as well as the interaction between the sex hormones and certain central nervous system neurotransmitters such as serotonin, seem to be the most involved factors. Studies on twins suggest the possibility of some genetic component as well.

Many therapies have been tried to ease the symptoms of PMS. No treatment works for every woman. You may need to try different ones to see what works for you. Some treatment options include:

Lifestyle changes are the most pro-active things a woman can do to help with PMS. Below are some steps you can take that may help ease your symptoms.

• Exercise regularly. Each week, you should get:

• One hour and 15 minutes of vigorous-intensity aerobic physical activity

• A combination of moderate and vigorous-intensity activity; and

• Muscle-strengthening activities on 2 or more days.

• Eat healthy foods, such as fruits, vegetables, and whole grains.

• Get enough sleep. Try to get about 8 hours of sleep each night.

• Find healthy ways to cope with stress. Talk to your friends, exercise, or write in a journal. Some women also find yoga, massage, or relaxation therapy helpful.

Over-the-counter pain relievers may help ease physical symptoms, such as cramps, headaches, backaches, and breast tenderness. These include Ibuprofen, Naproxen and Aspirin, among others. Even though these are available OTC, they still can be harmful with continued use. Hot and or cold packs, massage, acupressure, reflexology and aromatherapy are among several effective therapies for pain relief that can be done at home.

Other medical interventions are primarily concerned with hormonal intervention and using antidepressants of the selective serotonin reuptake inhibitors (SSRIs) type. These drugs have many deleterious side effects. Another medical approach has been to use drugs that stop ovulation, such as birth control pills. Prolonged use of birth control pills has been linked to increased risk of breast and ovarian cancer.

It was because of the terrible side effects mentioned above that I developed my formula for female balance, Dr. Garber’s Natural Solutions FemCycle.

Nutritional supplements that have been found to be helpful include:

• The B Vitamins and especially B-6

Some women find their PMS symptoms relieved by taking these herbs: