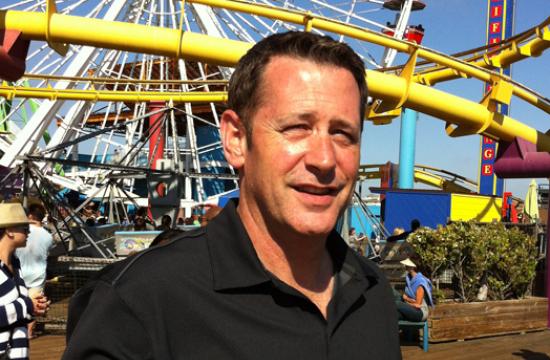 That’s the tagline for local journalist and teacher John C. Smith who filed papers Monday in the race for one of the four open Santa Monica City Council seats on Nov. 6.

Smith, who earned several Emmy Awards for “Best Newscast” during 18 years as a TV News Producer at NBC4, left his post last month to run for office.

“Every issue comes down to people,” Smith said. “Many politicians don’t get that, or they’ve forgotten it. Not me. I get it and I’ll never forget it.”

He said he has been out meeting voters every day.

“They’re passionate, they care about our city and they question the direction we’re heading,” he said. “There’s a real sense that the Santa Monica they love is changing too fast with more traffic, congestion and development.”

He said Santa Monica can and should grow “steady and strong, but more gracefully, like a Redwood.”

“I think the pace of growth has a lot of people concerned,” he said.

Smith, who first moved to Santa Monica in 1997, has taught at USC and Santa Monica College, and plans to return to both schools this fall.

“I’ve been covering issues my entire adult life,” he said. “I’ve seen what works and what doesn’t. Santa Monica needs a fresh, informed voice, someone who can cut through the noise and add some common sense to the City Council. Someone, like me.”