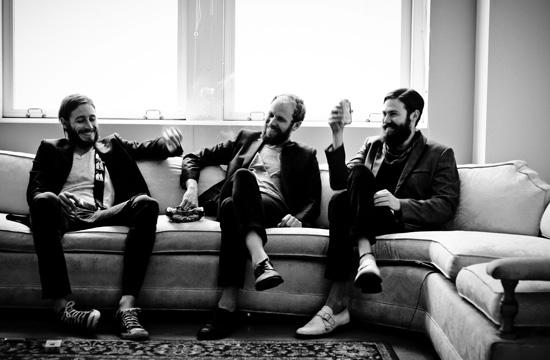 The annual event has had no trouble entertaining crowds, drawing thousands in its 28th year of existence.

Headlining this Thursday, the tight-knit HAIM family deems exemplary for the cordial outing. Consisting of “three sisters and a mister,” the group is composed of sisters Este, 24, Danielle, 22, Alana, 18, and their drummer Dash Hutton.

In Hebrew, “haim” means “life.” As their last name, the term suits the band’s conscious lyrics and charming melodies. After touring with their parents in a Dodge Caravan and performing as a whole family act at numerous street fairs their whole lives, the sisters decided to venture out on their own.

“Our parents somehow created a family dynamic where we love hanging out with each other,” Este said.

The ladies can pride themselves with their multifaceted instrumental talents, having all grew up playing the drums and singing.

Now, the eldest sister Este plays bass guitar and holds a degree in music from UCLA. The middle sister and lead guitarist Danielle has an esteemed resume, having performed with such names as Jenny Lewis and Cee Lo Green. And the youngest, Alana holds her own playing rhythm guitar, keyboard, and percussion.

Hutton is known for his involvement in Los Angeles-based Wires on Fire and Slang Chickens.

Earlier this year, HAIM released a free three-song EP on the Internet entitled “Forever.” The tracks present a Folk/R&B style that has been drawing the ears of big names.

Thus far, the sisters have opened for the likes of Julian Casablancas of the Strokes, Cold War Kids, Ke$ha, Group Love, No Age, The Bird and the Bee, Edward Sharpe and the Magnetic Zeros, Chief, and The Henry Clay People.

To open the night, Los Angeles-based Wildcat! Wildcat! serves up humble tunes about life and family.

“Kiss your sister and brother. Hug your mother and father,” chime the trio in their song “The Chief.”

Lead singers Jesse Taylor, Michael Wilson, and drummer Jesse Carmichael played together for years before taking to the professional path in 2011. With a lot of buzz building for them around the community, the act could have easily taken the headline this Thursday.

“Some of our lyrics and songs are playful, and some are more serious. We don’t really try to be one or the other,” says the group.

Meeting in their downtown L.A. recording studio, the guys collaborate self-written lyrics over smooth instrumentals that cater to a vast demographic.

According to the group, their music is influenced by folk, hip-hop, electronic music, mainstream pop, classical, 60’s/70’s, and pretty much everything in between.

Their debut donation “Mr. Quiche” showcases the band’s ability to construct a catchy tune with substance. A wildcat mascot is seen dancing through the streets of L.A. in the music video, showing an equitable sense of humor held by the members.

“Our music is highly dynamic, interesting to listen to, as well as fun to dance to,” explains Wildcat! “No matter if you are heading out for the night or simply sitting on a bench watching the sunset, our music lends itself nicely to the summer twilight.”