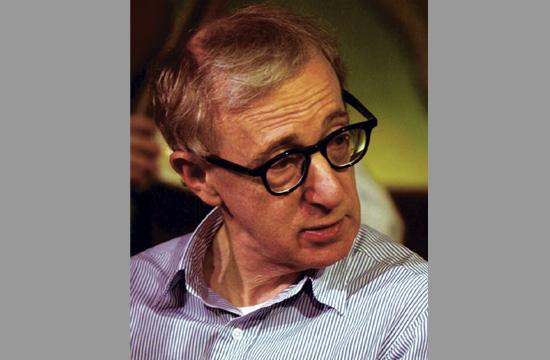 In part one of the interview with Woody Allen, auteur extraordinaire who has made one film a year since 1965, he talked about the casting of his latest film, “To Rome With Love,” which, for the first time in a while, puts him in front as well as behind the camera. He explained his choice to begin shooting his films in Europe and made some surprising comments on some of his seminal films such as “Annie Hall” and “Hannah and Her Sisters.”

Of all the films you’ve made, is there one that is most memorable for you?

Allen: You know when you make a film, it’s like a chef that works on a meal. After you work all day in the kitchen, dicing and cutting and putting the sauces on, you don’t want to eat it and that’s how I feel about the films. I work on it for a year. I’ve written it, I work with the actors, I edit, I put the music in, and I never want to see it again. When I begin a film, I always think that I’m going to make “The Bicycle Thief” or “Grand Illusion” or “Citizen Kane” and I’m convinced that this will be the greatest thing that ever hit celluloid. Then when I see what I’ve done, I’m praying that it’s not an embarrassment to me. I’ve never been satisfied or pleased with a film that I’ve done. I made my first film in 1965 and I’ve never seen it since. I don’t like them because there’s a big gap between what you conceived in your mind when you’re writing and you don’t have to meet the test of reality. You’re home and it’s funny and it’s beautiful and it’s romantic and dramatic and then you have to show up on a cold morning and the actors are there, and you’re there, and you don’t have enough of this, and this goes wrong, and you make a wrong choice on something, and you’ve screwed up here, and see what you got the next day, and you can’t go back. There’s such a difference between the idealized film in your mind and what you wind up with that you’re never happy. You’re never satisfied. I’m always thankful that the audience bails me out and have liked some of them in spite of my disappointment (laughter). So for me, I’ve never liked any of my films because they’re always less than the masterpiece that I was certain I was destined to make.

In the film, the Alec Baldwin character takes a trip down memory lane. If you could go back in time, what would you tell your younger self?

Allen: What would I tell myself? Don’t do that! (laughter). I would like to go back in time, but just for lunch (laughter). I would not like to live in the past because there are all those drawbacks that I’ve mentioned in my other movies. You don’t get anesthetic when you go to the dentist, you don’t get antibiotics, you don’t get the things that you’re use to now – cell phones, televisions, faster ambulances – things that are very convenient. But it would be fun, if every now and then, just to meet a friend for lunch at Maxim’s in Paris in 1900 or go back to 1870 just for a couple of hours and then come right back to Broadway.

Your character in “To Rome With Love,” equates retirement with death. Do you feel the same way or would you step away from the camera?

Allen: Retirement is a very subjective thing. There are guys I know that retire and they’re very happy. They travel all over the world. They go fishing, they play with their grandchildren, and they never miss work at all. Then there are other people, and I’m one of those kinds, that like to work all the time. I just like it and can’t see myself retiring and fondling dogs (laughter). I love to get up and work. I have too much energy and too much nervous anxiety. So I don’t see myself retiring. Now maybe I’ll suddenly get a stroke or a heart attack and I’ll be forced to retire, but if my health holds out, I don’t expect to retire. The money could run out (laughter). It could be sooner or later the guys that back the films get wise and then they say that this is not really worth all the suffering and might stop giving me the money. But, I still wouldn’t retire. I would write for the theater or write books.

The Roberto Benigni character has fame suddenly thrust upon him. How do you feel about fame in your own life?

Allen: As the chauffeur in the film says, life is tough whether you’re famous or not famous and in the end, it’s probably, of those two choices, better to be famous (laughter) because the perks are better. You get better seats at the basketball game, you get better tables and reservations, and if I call a doctor on Saturday morning, I can get him. There are a lot of indulgences that you don’t get if you’re not famous. Now, I’m not saying it’s fair. It’s kind of disgusting (laughter) but I can’t say that I don’t enjoy it (laughter). There are drawbacks on being famous, but you can live with those. They’re not life threatening. If the paparazzi are outside your restaurant or your house, and actors make such a big thing of it, and scurry into cars and drape things over their heads. You would think they were going to be crucified or something. So the bad stuff is greatly outweighed by the dinner reservations (roaring laughter).

You’ve mastered the art and study of relationships in your films. What is the greatest lesson you’ve learned about love?

Allen: I was saying to someone before about the important things in life you never learn anything. You know, you could learn technological things – you could learn about specific things, but real problems that people deal with in any subject – existential subjects or romantic subjects, you never learn anything so you make a fool of yourself when your twenty, you make a fool of yourself at 40, at 60, and at 80. The ancient Greeks were dealing with these problems. They screwed up all the time, just as people do now. All over the world relationships between men and women are very, very tricky and very difficult and you don’t learn anything. It’s not an exact science. You’re always going by instinct and your instinct betrays you because you want what you want when you want it. So it’s very tough going and most relationships don’t work out and don’t last long and when you see one that’s really lovely, it’s a rarity. It’s great that two people, with all their complex, exquisite needs, have found each other and all the wires go into the right places and it’s great. So, I’ve learned nothing (laughter). After years and years of failure, I’ve not got anything to say. No wisdom (laughter).