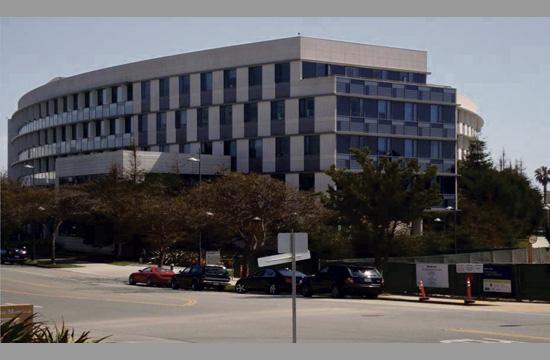 The RAND Corporation will scrap some of its parking spaces and convert them into office space. One of Santa Monica’s most famous companies, the RAND, was approved last Tuesday to convert more than 17,000 square feet into primary offices.

RAND’s development agreement (DA) with City Hall, which went into effect in November 2000, had to be amended in order to accommodate the conversion. Once the conversion is complete, the new office space will house 45 to 50 RAND employees.

“The offices would house production, warehousing and distribution, a call center, and research offices,” a City staff report said.

The new DA reduced the number of required on-site parking spaces to 768.

City Staff added that RAND did not have to agree to any new community benefits in order for the DA to be amended.

Council members approved the DA amendment in a 6-0 vote at their July 24 meeting.

RAND is located at 1776 Main Street, across the street from the Civic Auditorium and walking distance to City Hall, the Santa Monica Pier, and local beaches. It entered into a DA with City Hall on Nov. 23, 2000, which “authorized the construction of their approximately 309,000 square foot headquarters.”

According to staff, the RAND building currently houses 827 parking spaces spread out over three subterranean levels.

The community benefits the RAND agreed to as part of the original DA included a contribution to the Early Childhood Education Center for $500,000 “to promote full-day affordable, quality childcare and early child development opportunities for young children” and to “provide support to identify funding opportunities for early childhood education.”

Also, the RAND agreed to dedicate land for the construction of a sidewalk along Main Street and the development of Vicente Terrace, a small one-way road between Ocean Avenue and Appian Way.

Staff said the RAND is currently in compliance with all of the DA’s provisions.

The amended DA is also consistent with the Land Use and Circulation Element (LUCE), staff said, particularly the provision that requires the City of Santa Monica to “Utilize parking and TDM Districts to facilitate efficient use of parking resources, shared and reduced parking opportunities, and trip reduction goals.”

“The proposed amendment… provide(s) for greater efficiencies for RAND and greater safety for off-site employees working in the Ocean Avenue office building,” the City staff report said. “The conversion of parking area to office space can be accomplished while still providing sufficient off-street parking to meet peak parking demand.”