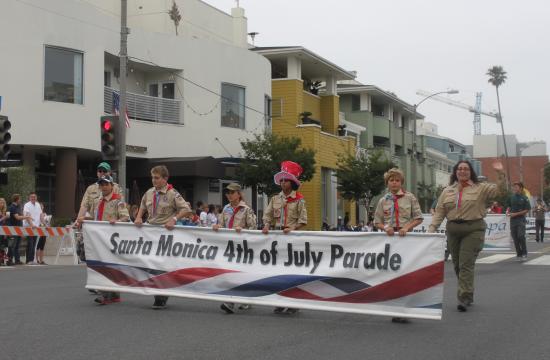 A day of pride, patriotism, flag waving, and family fun was enjoyed by thousands at the Sixth Annual Santa Monica 4th of July Parade as it made its way down Main Street on Wednesday morning.

The parade, which was presented by the Ocean Park Association, started at 9:30 a.m. in front of the Santa Monica Civic Center and proceeded down Main Street towards the Venice border.