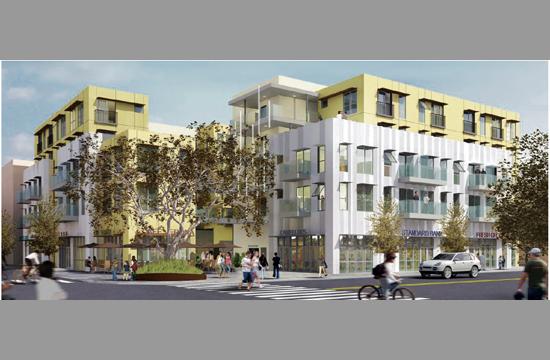 A developer seeking to expand its mixed-use projects will have to keep working with staff and address key issues such as affordable housing and parking if it seeks to have the Santa Monica City Council approve its two Development Agreements (DA) the next time around, as the dais unanimously voted last Tuesday to table approval of plans at 1447 Lincoln Boulevard and 829 Broadway.

NMS Properties, Inc., already had City Hall’s blessings to move forward with both projects, but because the developer sought to substantially expand both developments, a DA was ultimately required – meaning NMS Properties would have to make certain concessions in exchange for adding about 6,000 square feet to the project at 1447 Lincoln and another 4,000 square feet to an already existing five-story structure at 829 Broadway.

The projects are specifically geared toward low-income units. However, tenants do not receive on-site parking privileges with their leases, an issue that caused council members to take a closer look at the DA application and ponder the trade-offs that are being made in allowing granting the developer zoning ordinance exemptions.

On the one hand, there has been a hopeful policy where not attaching on-site parking privileges to residential leases would promote tenants to instead rely upon bicycling, public transportation, or walking to get around town and ergo minimize traffic.

Indeed, council members approved a mixed-use DA without on-site parking about six months ago on the premise that such a move would, ideally, promote people to rely less upon their automobiles.

However, as a practical matter, if such a policy does not encourage people to do away with their automobiles, then the opposite effect would occur: more vehicles would be brought to a city where congestion is as commonplace as sand and water at Santa Monica Beach.

“We really need to be very careful about this, we could set dangerous precedent establishing which amenities come with affordable units,” Davis said.

The project at 1447 Lincoln is already under construction and is a 100 percent affordable housing project. According to staff, NMS Properties seeks to “add 5,960 square feet of ground floor commercial and residential floor area and one affordable one-bedroom unit on the fifth floor of a previously approved five-story, 97-unit mixed-use building that is currently under construction.”

Staff added that they negotiated several community benefits with the developer, including a Transportation Demand Management (TDM) plan, a “monetary traffic impact fee contribution,” the addition of one “very-low income residential unit on-site,” and a project design that incorporates an enhanced courtyard area for public access and passive use.”

A TDM Plan, traffic impact fee contribution, and addition of one very-low income residential unit on site were also negotiated to be part of the DA.

Both previously approved projects also called for the developments to feature 7,000 square feet, each, of ground floor commercial space and subterranean parking.

NMS Properties will now work with staff in altering development plans to better accommodate the affordable housing and residential parking concerns of the council. Staff is expected to return to the council later this summer with the altered plans.