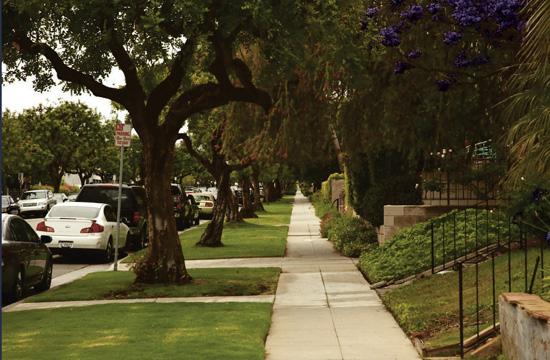 Santa Monica may be a small city when compared to its neighbor, Los Angeles, but the coastal municipality features several distinct neighborhoods that are as different from the next as night and day. City council members considered how to maintain Santa Monica’s diverse charm and distinct communities as part of a study session June 26 on neighborhood conservation.

The study session, in which council members engaged in a conversation with staff about a report the latter prepared for the former, highlighted how Santa Monica can balance new development in certain pockets of the city with limited growth in others as part of the Land Use and Circulation Element (LUCE).

“Neighborhood Conservation, as envisioned by LUCE, redirects intensive residential market pressure away from existing neighborhoods through the creation of new housing opportunities along the City’s boulevards and transit corridors,” City staff said. “The plan also proposes strategies designed to give residents more control over the type of changes occurring in their neighborhoods.”

In order to implement the Neighborhood Conservation goals and policies, staff recommended four measures, such as revising “development standards and design guidelines for neighborhood compatibility,” process revisions of those standards and guidelines “to address design review as it pertains to neighborhoods,” revise building demolition process requirements, and maintain “flexibility for parking and development standards when preserving a resource.”

Beyond the four measures, City staff also recommended establishing “Neighborhood Conservation Overlay Districts as one of the most promising tools to preserve neighborhood character.”

“As drafted, this concept would define a process to allow communities to identify distinct physical characteristics that reinforce neighborhood identity,” City staff stated. “The overlay district could incorporate development standards or design guidelines reinforcing those characteristics in the event of new development.”

The implementation of Neighborhood Conservation via the LUCE would involve seven elements.

Under Neighborhood Compatibility, the City’s zoning ordinance would be altered to “include standards that control the height, massing, setbacks, and open space of new development to help with compatibility … (and) will also address transitions between new and existing structures.”

The modification of demolition regulations would pay heed to process revisions and noticing requirements.

“One of the strategies for neighborhood conservation is to review how buildings are noticed and permitted for demolition,” City staff said. “The Zoning Ordinance Update will examine specific criteria and procedures and is likely to recommend new public noticing requirements.”

As for the Neighborhood Conservation Overlay District (NCOD), an enabling ordinance would be adopted “to conserve and enhance those distinctive features of a residential neighborhood which create a unique sense of place.”

“The focus is on maintaining certain standards in the district that are shared among residences and provide neighborhood character,” City staff said.

City Hall would also want to develop incentives for preservation and “is exploring incentives, such as reduced parking standards and modification to other standards for structures that may be on the list of potential historic resources but are not potentially eligible for Landmark status.”

Other incentives would be in place to preserve “character-defining resources.”

According to City Hall, “Staff is exploring changes that could include review of structures on the list of Potential Historic Resources proposed for remodeling to determine if their character is being substantially modified.”

City staff also hopes complete neighborhoods would be maintained through establishing mixed-use design and development standards and use regulations.

“Mixed-use development standards, design guidelines and use regulations will be addressed in the Zoning Ordinance to implement the LUCE objectives to create local services within existing districts and foster new local-serving retail in areas of the City that are currently lacking such services,” City staff said.

“The LUCE calls for encouraging connectivity between and among residential neighborhoods and nearby boulevards through the provision of improved pedestrian walkways, greenways, plazas, bikeways and open space,” City staff said.

“While it’s about retaining neighborhoods, the neighborhoods will still evolve a bit. It’s not freezing it in time,” she said.

Interestingly enough, Council member Kevin McKeown pointed out that when the LUCE was implemented, a promise was made between City Hall and Santa Monica’s residents that a vast majority of the residential neighborhoods would remain relatively intact.

“When we adopted the LUCE, we promised the residents of the city that while four to six percent of the city were going to see substantial change under the LUCE, the other 94 to 96 percent, which are our residential neighborhoods, would see much less change. Not no change, but much less change,” McKeown said.

Council members received and filed staff’s recommendations and the item will return back to the dais at a later date.