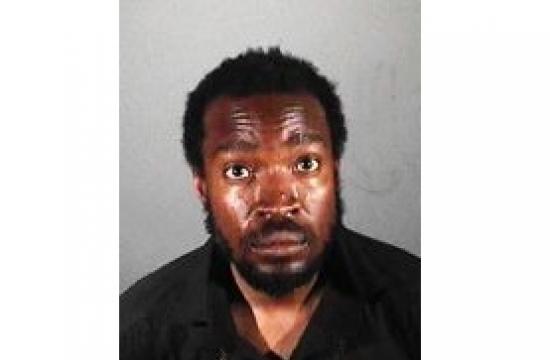 Los Angeles police on Friday arrested the man suspected of stabbing a 58-year-old homeless man in Santa Monica Tuesday morning who was sleeping on a bus bench in front of the Goodwill Store at 530 Santa Monica Boulevard.

He was arrested in a Hollywood fast food restaurant after he phoned police saying it was his face being distributed on flyers around the city.

Lewis said the weapon — a large knife — was recovered.

Robinson, who has been charged with attempted murder and is being held on half-million dollars bail, allegedly left “death warrants” with the wounded victims.

The first stabbing occurred Tuesday, July 3 in downtown Los Angeles. The second was in Santa Monica as detailed above. The most recent was on Thursday, when a woman was stabbed in Hollywood.