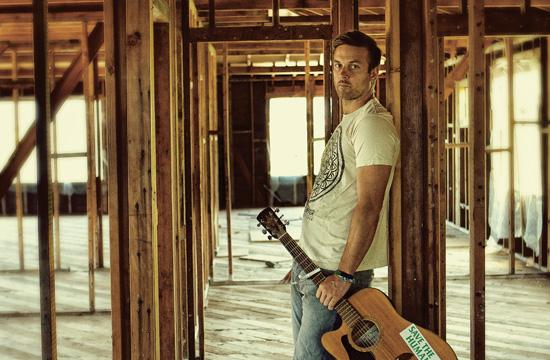 Ever since then, the native Santa Monican has been searching for his inner artist, which he is now ready to share with the world after capturing the essence of his soul in his newly released music album The Tree and the River.

Baskauskas is more than just a musician and a reality TV star, but also a surfer and poet.

In order to understand the matured Baskauskas that he is today, his new album skillfully presents his former self as a 24-year-old – the age when he won “Survivor.” He has refined himself now that he has had time to reflect upon his life and his experiences with love now that he is 30.

“It’s a strange thing going on a reality television show because the show Survivor is such a real experience when you are on it and then watching yourself on TV,” Baskauskas said. “I was so taken aback because people felt like they knew me. I wanted to distance myself from that, but six years later I am comfortable with it now.”

By becoming “comfortable” with his past, the Santa Monica High School alumnus has written a very personal musical reflection conquering his inner torments of a failed love, and has now distanced himself from that “terrible relationship,” and constructed a relationship with music that he has captured inside The Tree and the River.

“I got myself in a terrible, yet wonderful relationship and this is what came out,” he said.

According to Baskauskas, the jewel song of the album is the title song, “The Tree and the River.”

It tells a universal story of longing and forgetting who you are as well as losing oneself, specifically in relationships.

“It’s a beautiful, sad story when you let your desires inform your decision-making,” he said.

The line “trees were not meant to swim” in the title song hits the core of his message that projects his pains of wanting and longing for unrequited love.

The fifth song on the album, “Save Me” was played on the television show “Mercy,” a 2010 television medical drama, and is a reflective song about a man who begs to be saved from himself after the loss of his girlfriend.

For more information about his album, visit http://music.oddus.com.

Build a Business to Support Your Community