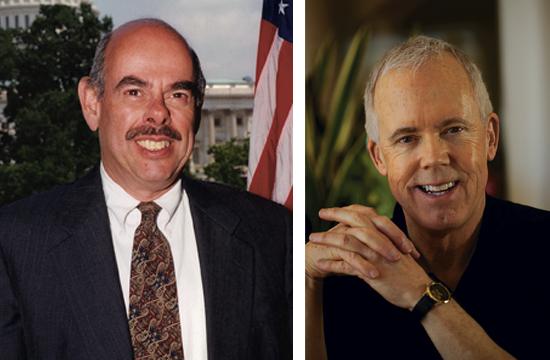 After a contentious primary election two months ago featuring a combined 32 candidates vying for chance to represent Santa Monica and California in one of two seats in Washington, D.C., the field has been whittled down to four. Incumbent Democrat Henry Waxman will face off against independent Bill Bloomfield in the race for the newly created 33rd Congressional district while Democrat Dianne Feinstein is seeking reelection against Republican candidate Elizabeth Emken.

Both Waxman and Feinstein have already served the region and state, respectively, as federally elected officials for decades.

Waxman was amongst a field of eight contenders seeking to grab one of two slots in the June 5 primary. In that election, he received more than 40,000 tallies, or 45 percent of the vote; Bloomfield, who lives in Manhattan Beach, finished second with nearly 22,000 votes, roughly 25 percent of the vote.

Originally elected to the House of Representatives in 1974, Waxman has twice run unopposed. This election campaign marks the third time he is running in a re-drawn district. According to published electoral records, Waxman has never received less than 61 percent of the November vote.

During his tenure, Waxman has been associated with many visible issues, including his initial opposition 17 years ago to the proposed underground subway extension from downtown Los Angeles to the Westside and news reports stating that the Congressman questioning Roger Clemens’ veracity during a federal investigation of the baseball player’s alleged steroid use.

Last September, Waxman was caught in the middle of the controversial Solyndra matter. Fellow Congressman Darrell Issa reportedly alleged Waxman assisted a solar company to secure a federal loan worth more than a half-billion dollars before it went bankrupt. Waxman had refuted the allegation, according to news reports, stating he played no role in Solyndra securing the federal loan.

Most recently, Waxman was one of the lead authors of the Affordable Care Act – colloquially referred to as “Obamacare” – and, reportedly, was a key supporter of the just-passed Clean Air Act.

His November opponent, Bloomfield, is a former registered Republican who is seeking to unseat Waxman as an independent. Reports indicate his self-funded campaign focuses on economic stimulation, energy reform, and fiscal prudence.

Bloomfield, a businessman and one-time president of a commercial laundry equipment company his father started, is among the 25 founders of No Labels, an organization claiming it to be a nonpartisan collection of concerned citizens who propose 12 ways “to make Congress work.” Among the group’s recommendations include withholding salaries of all members of Congress if they do not pass a budget, selecting bipartisan leaders to congressional committees, and having representatives sit next to person from the opposing party during joint meetings or sessions.

In the other federal race, Feinstein is seeking a fifth term as a U.S. Senator. Elected into office in 1992 after defeating then incumbent John Seymour in a special election to fill out the remaining term of Pete Wilson, Feinstein joined Barbara Boxer that year as the first state to have two women representatives in the Senate.

Feinstein is currently the chairwoman of the Select Committee on Intelligence and was the co-sponsor of the PROTECT IP Act, or PIPA, which proposed to protect against the sale of copyright protected goods through counterfeit or illegal means online.

Her November challenger and Republican candidate, Emken, previously ran for Congress in 2010 and finished last place in the party’s primary election that year. A UCLA graduate who lives in Northern California, Emken was a legislative consultant for autism and, according to new reports, joined Autism Speaks more than five years ago. She is a registered lobbyist for Autism Speaks, according to the lobbying monitoring website wholobbies.us.

Both Feinstein and Emken survived a voluminous primary race, which fielded 24 candidates. Though Feinstein reportedly finished with just under 50 percent of the vote, the diluted race meant that Emken’s approximate 12.5 percent was enough for second place, ensuring her a spot on the November ballot. In all, there were 14 Republican candidates and six Democrats on the June 5 ballot; the other four candidates included nominees from the American Independent, Libertarian, and Peace and Freedom parties.

Of the more than 4.6 million votes cast June 5, nearly 2.3 million were in favor of Feinstein, while Emken tallied more than 585,000 votes in her second place finish.

The 2012 general election will take place on Nov. 6. In addition to the federal, state, and local seats up for grabs, President Barack Obama will be seeking reelection as president against Republican nominee Mitt Romney.