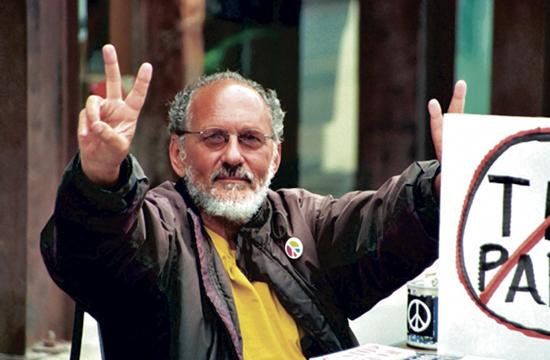 The 68-year-old said he pledges a clean campaign that is absent of any personal attacks.

Rubin is currently on a 10-week, liquid-only fast he began on June 26 to save Paul Conrad’s iconic 26-foot-tall nuclear mushroom cloud public art peace sculpture that has been standing in the Santa Monica Civic Center since 1991, and was recently declared unanimously to be a City landmark.

Rubin, a five-time City Council candidate, encourages everyone to register to vote.

Rubin again submitted Peace Activist as his official ballot job description, but expects it will again not be accepted by the City Clerk.