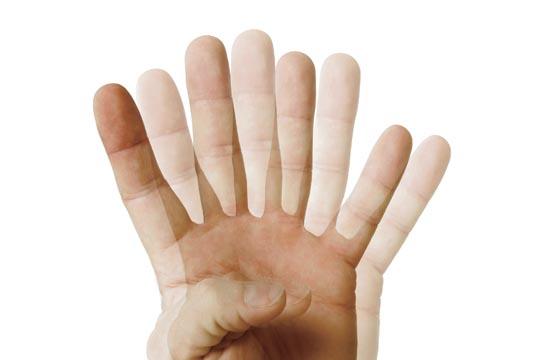 Dizziness is among the most common and troubling complaints that I see in my practice. The complaint is troubling because the feelings that people have when they are “dizzy” are hard to describe, often intermittent, and can be associated with serious consequences, including falls and injury. When confronted with a dizzy patient, I start by trying to distinguish between three common syndromes.

The easiest to describe is vertigo. Vertigo is the sensation of movement, a feeling that “the room is spinning” or conversely a sensation of turning or moving when remaining still. The symptom usually has an abrupt onset and may be accompanied by nausea and difficulty walking. Head turning may aggravate the sensation and lying still helps relieve it. Vertigo stems from an inner ear problem affecting the balance mechanism that helps us stay upright. It usually resolves without treatment and within a few days.

Another symptom commonly called dizziness is feeling faint. One feels as though he or she might “black out” or lose consciousness. This feeling usually occurs soon after standing or getting up from lying down and may be accompanied by visual symptoms. Sitting or lying down often relieves the feeling. This type of dizziness is due to low blood pressure that may be caused by dehydration, medication, heart disease or a combination of factors. Careful medical evaluation is appropriate for this dizziness.

The most common syndrome of dizziness is what we refer to as “instability” – a sensation of unsteadiness that occurs only when people are upright. They feel as though they are losing their balance or might stumble and often need to hold onto furniture or touch the walls when moving. They cannot walk in a straight line.

This type of dizziness may have multiple causes and is often due to neurological disease. Poor vision, peripheral neuropathy and cerebrovascular disease are common findings with this condition. Alcohol and a variety of medications, including pain relievers, tranquilizers, antidepressants and other drugs, may play a contributing role.

Normal aging changes in posture and nerve function, combined with disease or medication, can also cause instability.

A physician should evaluate persistent feelings of dizziness.

Careful review of the symptoms and, in some cases, additional medical testing may reveal a reversible cause.

When dizziness is not treatable, particularly in cases of instability caused by neurological disease, physical therapy and use of assistive devices may reduce the risk of falls and injury.

Dr. James Davis is a board-certified geriatrician with the top-ranked UCLA Geriatrics Program in Santa Monica and Westwood. For more information, call 310.319.4371.