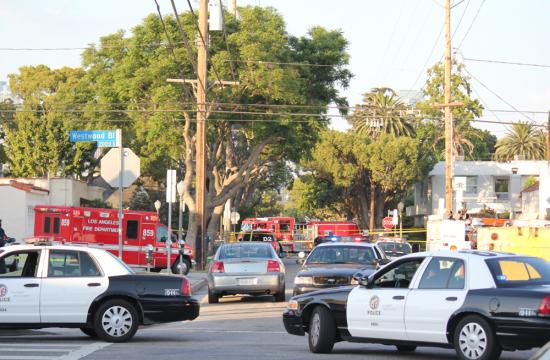 The pilot who fatally crashed Friday night after taking off from Santa Monica Airport has been identified as 70-year-old Sean M. McMillan, an attorney at a large Century City law firm, according to according to Ian Gregor, spokesman for the Federal Aviation Administration.

McMillan, who was the lone pilot in the single-engine Cessna 210, declared an emergency for unknown reasons shortly before crashing at 6:10 p.m. in the 2100 block of S. Glendon Avenue in West LA – about three miles from the airport. There were no passengers in the plane.

“I was right next to my car talking to my wife and that’s when I looked up at the sky and that’s when the plane was loosing altitude,” Carmona told The Mirror. “He hit a palm first and then he went in and crashed right there on the corner.”

According to Carmona, the plane was flying in from the north when it lost altitude and slammed into a palm tree before crashing.

“It looked like he was trying to land but he wasn’t under control,” said Carmona.

It is being reported that McMillan was a veteran pilot who for about 20 years had volunteered his time and use of his plane to take ill children to hospitals on behalf of the nonprofit Angel Flight.

McMillan was educated in Germany before attending USC and Harvard Law School.

The cause of the crash is still under investigation.