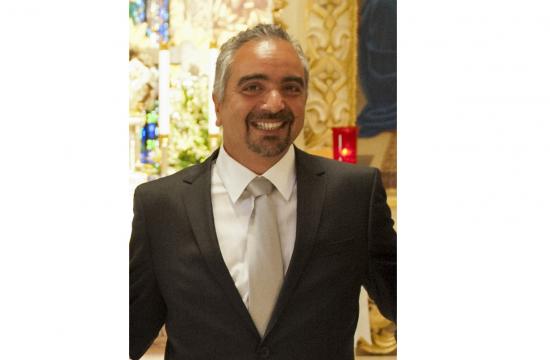 Civil/Environmental Engineer Armen Melkonians submitted his petition on Aug. 15, but the LA County Registrar office deemed he did not have 100 valid registered Santa Monica voters.

Melkonians challenged the decision and on late Thursday, Aug. 23, was confirmed as an official candidate.

Melkonians told The Mirror he submitted 128 nomination signatures with his nomination papers, but the County Recorder’s office process for verification indicated that there were a total of 97 verified signatures — three short of the 100 required.

“The County verifies the nomination papers based on voter registration status of the nominating individuals,” Melkonians told The Mirror via email. “The names, addresses, and signatures of each person who nominates a candidate are individually verified by the County Registrar’s office to assure that they are qualified registered voters for the office for which they have nominated an individual. Based on the 128 signatures, the County discounted a total of 31 as either not registered, registered out of district, or different address – an individual who moves and does not notify the County Registrar’s office of the move can not be verified as a qualified voter. “

In short, the County verification process originally indicated his nomination paper’s where short three verified signatures in order for him to be nominated on the ballot as a candidate for City of Santa Monica City Council.

Upon receiving the bad news, Melkonians said he “did not want to take no for an answer” and “immediately jumped on the bull and took it by the horns.”

“My experience as a Civil and Environmental Engineer has thought me to look at the trees and the forest at the same time – but never to forget to look under the fallen leaves,” he said.

Over the course of four days, he said he worked closely with the City Clerk’s Office, the City Attorney’s office, the State of California Department of Motor Vehicles, the Los Angeles County Registrar’s Office, and his original nominating Santa Monica individuals to find three qualified voters out of those deemed invalid.

“My tenacity, attention to detail, and my ability to quickly work with multiple agencies to get things done paid off; I owe it all to the wonderful City of Santa Monica residents, the ever so willing and fantastic City of Santa Monica staff, the cooperation and quick response of the staff and supervisors at DMV and the County Registrars Office,” he said.

“I look forward to putting my tenacity and attention to detail – my willingness to never take no for an answer – and my ability to work quickly and efficiently with multiple agencies – to serve the residents of Santa Monica as a City Council Member after the November general election.”

The full list of Santa Monica City Council candidates can be viewed here on the City Clerk’s website: http://www.smgov.net/Departments/Clerk/Elections/2012/2012_Qualified_City_Council_Candidates.aspx.