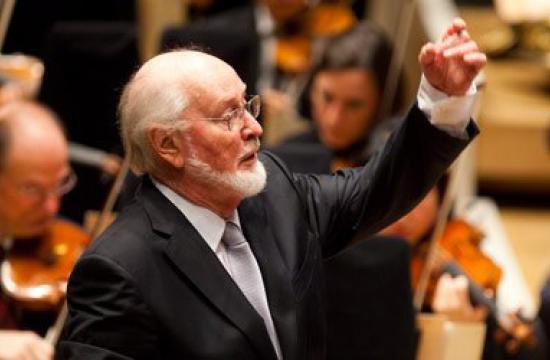 With his memorable scores, John Williams returns to the Hollywood Bowl this Labor Day weekend with performances on Friday and Saturday at 8 p.m.

Williams continues to change the face of modern-day film music.

He makes audiences cheer, brings them to tears and always keeps them on the edge of their seats.

Renowned violinist Gil Shaham joins Maestro Williams this year for his annual weekend at the Bowl and a program featuring some of Williams’ biggest and best loved movie hits including an extended film sequence from E.T. The Extra-Terrestrial accompanied live by the orchestra.

His 37-year artistic partnership with director Steven Spielberg has resulted in many of Hollywood’s most acclaimed and successful films, including “Schindler’s List,” “E.T.” “The Extra-Terrestrial,” “Jaws,” “Jurassic Park,” “Close Encounters of the Third Kind,” the “Indiana Jones” films, “Saving Private Ryan,” “Amistad,” “Munich,” “Hook,” “Catch Me If You Can,” “Minority Report,” “A.I. Artificial Intelligence,” and “Empire of the Sun.”

Their latest collaborations are “The Adventures of TinTin: The Secret of the Unicorn” and the World War I film “War Horse.”

Williams composed the scores for all six “Star Wars” films, the first three “Harry Potter” films, “Superman,” “JFK,” “Born on the Fourth of July,” “Memoirs of a Geisha,” “Far and Away,” “The Accidental Tourist,” “Home Alone,” “Nixon,” “The Patriot,” “Angela’s Ashes,” “Seven Years in Tibet,” “The Witches of Eastwick,” “Rosewood,” “Sleepers,” “Sabrina,” “Presumed Innocent,” “The Cowboys,” “The Reivers and Goodbye,” and “Mr. Chips” among many others.

He has worked with many legendary directors, including Alfred Hitchcock, William Wyler and Robert Altman.

In 1971, he adapted the score for the film version of Fiddler on the Roof, for which he composed original violin cadenzas for renowned virtuoso Isaac Stern.

He has appeared on recordings as pianist and conductor with Itzhak Perlman, Joshua Bell, Jessye Norman, and others.

Williams has received five Academy Awards and a total of 45 Oscar nominations, making him the Academy’s most-nominated living person.