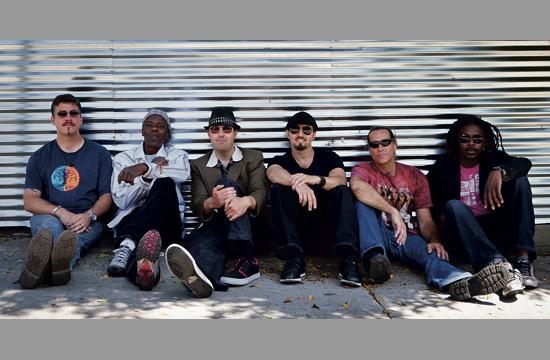 Two big band sounds were scheduled be showcased at the ninth and penultimate Twilight Concert of the summer this Thursday, Aug. 30.

The spirit of New Orleans was planned to be brought to the stage by headliners Hot 8 Brass Band. However, Hurricane Isaac has forced the New Orleans-based band to cancel their planned appearance as six of the eight-man band are stranded in the Gulf region.

Tuba player and band leader Benny Pete told The Mirror they were disappointed they could not perform in Santa Monica.

“They closed down the airport and we can’t get out,” Pete said. “We were scheduled to fly at 9:30 p.m. last night, but there are just no flights going out at the moment.”

Even if airports did re-open in time for them to fly before Thursday night’s show, he said the band felt they needed to stay in the region with their families.

Organizers have found a replacement headliner — The Pimps of Joytime, a funk and soul band out of Brooklyn.

“Excited to announce we will be performing this Thursday in Los Angeles at the Twilight Concert Series on the Santa Monica Pier,” the band wrote on its Facebook page Tuesday night. “Show is free and starts at 7pm.”

Opening the night, Venice Beach’s own Gumbo Brothers will perform as planned and lay down some Southern flare.

Drawing inspiration from the likes of The Meters, Dr. John, War, Grant Green, James Brown, The Dirty Dozen, and others – the band examines traditions of funk, soul, jazz, and R&B.

Rooting themselves in the scene, the Gumbo Brothers have landed weekly performances at various local venues and parties over their nine-year existence. And their participation in an annual Mardi Gras parade on the Venice boardwalk has entertained the community since 2003.

“The Gumbo Brothers are all about a good time!” proclaims guitarist and vocalist Johann Stein. “Our job is to get the party started so we plan on getting the crowd dancing, having fun, and feeling good!”

“After their 2008 release of “The Gumbo Brothers On Fire,” the group would collaborate on a holiday album. “The Gumbo Family Holiday Album” was a collection of 14 songs and 25 different musicians, where all proceeds went to Students Run LA – an organization that helps mentor at-risk youth through school-based fitness programs.

“The Twilight Dance Series is a wonderful gift of music and culture from the city of Santa Monica to all residents and visitors,” Stein says about their upcoming show on the Pier.

The band was originally composed as a quartet, but currently perform as an eight-man collection of brass and boom. They plan on continuing the fun-filled night at the Basement Tavern in The Victorian on Main St.