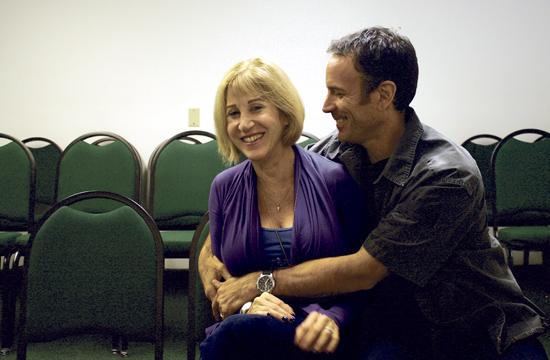 Although the Joanne Baron/D.W. Brown Studio might not be easy to spot right away near the bustling corner of Wilshire and Third Street, it has been quietly producing gifted actors, writers, directors, and producers for more than 20 years.

Founded by actors and married couple Joanne Baron and D.W. Brown, the duo has designed training programs and classes that teach the craft of acting through the “Meisner Technique.”

“It is an internal acting, which is to say that we want to actors to really live emotionally through the circumstances, not just pretend they are,” Brown said.

“So we really insist that they have the genuine emotional experience. However, this is not like what you associate with method acting lots of times, which is this tortured, actor on stage drudging up tragedies from his own life. We believe in always working in a healthy way from fiction, and the imagination.”

The school, which is comprised of seven teachers and 250 students, has its history firmly entrenched in the Meisner Technique: Baron studied under Sanford Meisner in his private class. And while Meisner is famous for students including Paul Newman, Robert Duvall, and Diane Keaton, Baron believes that the technique can be used by anyone, regardless of talent.

“Meisner is such a practical and transformational approach to acting, so healthy, so non-injurious, and so tried and true, for people at all levels of skills,” Baron said. “Meisner used to say, ‘I can make a table act.’”

While Baron and Brown have worked many successful actors such as Halle Berry and Robin Wright, people from all levels of experience enter the studio.

It is because of this importance of self-awareness and emphasis on true self that Baron and Brown believe their courses can benefit anyone. While the studio has classes ranging from script analysis to the business of acting and works with its students in plays and movies and television, the studio also has many students who fall outside the typical acting-student realm.

According to Baron, they have students who are novelists, teachers, and lawyers.

“There are doctors who want to be able to be more sensitized to their patients, there are mommies and dentists,” Baron said. “This school, in an unusual way, is about making a community, teaching everyone together to do something excellent and then to utilize it within their creativity, imagination, personal and spiritual path.”

Brown and Baron, who call Santa Monica home, feel that it is a great complement to their objectives.

“To me, it’s an ideal place for education, art, youth, and community. There’s a community association, you know, there’s all kind of associations that facilitate the environment,” Baron said.

“You might say, ‘oh my god, down there might be homeless people,’ but there’s all kind of groups that help the homeless, that bond together to keep it safe, that create a kind of communal environment of belonging. So it’s a really cool place to have an arts center.”