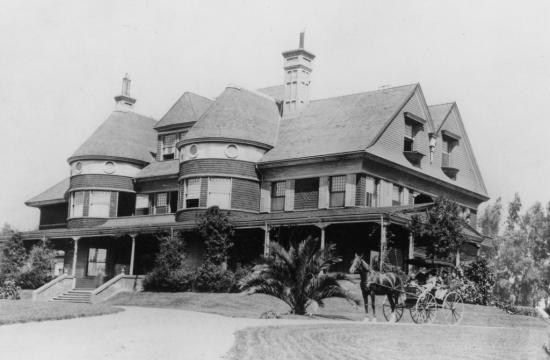 Residents of Santa Monica as well as visitors to the historic, picturesque seaside community will get a rare “inside glimpse” of what life was like in the area over a century ago when a fascinating new exhibit, “Life at the Miramar,” at the Santa Monica History Museum, which has been extended through Oct. 18.

It will be open to the public Tuesdays and Thursdays from noon to 8 p.m. and on Wednesdays, Fridays, and Saturdays from 10 a.m. to 5 p.m. at the museum’s new location on the Santa Monica Public Library campus, 1350 Seventh Street, Santa Monica.

The museum is closed Sunday and Monday.

Through a collection of rarely-seen and original photographs, documents and artifacts, the public will be able to experience the rich tapestry of the early Miramar Hotel and the charms and attractions that it held both inside and outside its grounds for its earliest visitors and guests.

That hotel – which residents know today as the Fairmont Miramar Hotel & Bungalows located at 101 Wilshire Boulevard in Santa Monica – traces its beginnings back more than a century. The early Miramar Hotel had a colorful and storied history that is revealed in the exhibit through the lenses of different photographers, as well as in the memorabilia and written words on display.

Originally built in 1889 as the private residence of Santa Monica co-founder Senator John P. Jones and his wife, Georgia, the Miramar was the center of activities and social gatherings for Senator Jones’ family and prominent guests who vacationed there. They included many notable writers, artists and public figures such as Susan B. Anthony and Mark Twain.

Following Senator Jones’ death, the home was converted into the Miramar Hotel in 1921. It changed hands several times over the years, undergoing numerous renovations and design changes, often reflecting the life and lifestyles of the rich and famous from past eras. During the “Roaring Twenties,” the Miramar became a favorite getaway for members of Hollywood’s movie colonies, and its popularity with stars and starlets continued for years afterwards.

Betty Grable, the poster girl for a generation of young G.I.’s during World War II, was the featured vocalist of Joe Whidden’s big band at the Miramar Lounge in 1932.

In the 1940s, the Miramar hosted celebrities such as Randolph Scott and Dick Van Dyke.

The 1950s continued to see a steady stream of actors, writers and others flocking to the hotel, many of them returning time and again to enjoy the property’s amenities and oceanfront views. Frequent visitors to the Miramar included Susan Hayward and Anthony Quinn, among others. Other notables, including Lana Turner, were married at the Miramar.

The Miramar also has long been a favorite locale for movie shoots, including “Dallas,” “Dynasty” and “That Touch Of Mink.”

Today, the hotel basks in its ranking as one of the premier luxury hotels in the country, renowned for combining historic elegance with modern appointments.