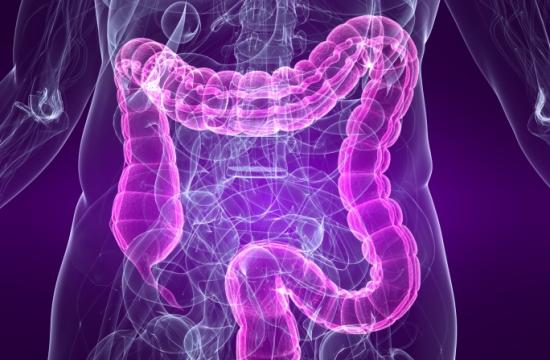 Irritable bowel syndrome (IBS) is a complex condition that affects some 58 million Americans. That means that one out of every six of us has IBS, yet no one knows what causes it. It is the number one reason for being referred to a gastroenterologist (a “gut” specialist).

Irritable Bowel Syndrome is considered to be a functional disorder, meaning the bowel is not working as it should, rather than a disease.

IBS is twice as common in women as it is in men. It can occur at any age, but it most often begins during the teen years or in early adulthood.

The symptoms of IBS are different for everyone who has it but will consist of:

Some people with IBS are constipated while others have diarrhea. Other still will alternate between the two.

Although it is not clear why patients develop IBS, much attention has been focused lately on the mind-body relationship, and in the case of IBS, more specifically the brain-gut aspect.

The problem then is seen as a communication dysfunction between the two. The intestine, like all of our organs, is connected to and communicates with the brain. Signals go back and forth between the bowel and the brain which affect bowel function. The nerves can become more active during stress, causing the intestines to become oversensitive. There may also be other triggers.

The primary goal of IBS treatment is to relieve symptoms.

Lifestyle changes can help in some cases of IBS. Getting regular exercise and adequate sleep will reduce anxiety levels and help relieve bowel symptoms.

Dietary changes will be helpful, although since every individual suffering with IBS has different triggers, there is no one specific IBS diet.

The following changes may help:

• Avoid the foods and drinks that stimulate the intestines (these can range from spicy foods to fatty foods to beverages containing caffeine.)

• Avoid large meals (eating smaller meals throughout the day is easier on the system.)

Drug treatment for IBS is woefully inadequate. There are no specific IBS drugs, only drugs that address individual symptoms and/or triggers. They range from stool softeners and laxatives to anti-diarrheals, anti-spasmodics. and anti-depressants. All of these have potentially serious side effects and some can actually worsen the overall IBS complex while attempting to address a specific symptom.

As discussed above, stress is a trigger of IBS symptoms for many and therefore reducing stress may reduce their frequency and/or severity. Techniques that may be helpful include:

• Relaxation techniques such as meditation.

• Physical activities such as yoga or tai chi.

• Regular exercise such as swimming, walking or running.

Since the mind-body or brain-gut relationship plays a role in IBS, therapies that address this area have been shown to be helpful. According to some sources, hypnosis has been found to be the most beneficial. For some patients, psychotherapeutic interventions such as Cognitive Behavioral Therapy may be appropriate.

Probiotics are healthy bacteria that reside in the gut. They are essential for the proper functioning of the bowel and supplementing with them can be beneficial in the treatment of IBS. A number of different probiotics have been found to be effective including various species of Lactobacillus and Bifidobacteria.

Prebiotics have been overlooked until recently and are equally important. These are generally carbohydrates that the probiotic organisms eat. Many good probiotic supplements contain a prebiotic which makes the product more effective. I have run stool tests on many patients over the years that showed extremely low levels of probiotic organisms and the patient invariably tells me that they have been “taking probiotics for years.” I’m convinced this is because of the absence of prebiotic substances in the diet.

Fiber is also very important in the treatment of IBS as it helps regulate the bowel function. Not all fiber is the same and it is soluble fiber that helps with IBS. Soluble fiber can be obtained through the diet, mostly from grains and cereals and certain fruits and vegetables and also in supplement form. As a bonus, most sources of soluble fiber act as prebiotics too.

Insoluble fiber sources such a psyllium husk are commonly used as supplements, especially for constipation. This can be very irritating to the bowel and is not recommended.

Other important supplements and homeopathic remedies:

There are many specific homeopathic remedies which address various IBS symptoms but their selection is based on an individual analysis of the symptoms being expressed which can be confusing without the assistance of an experienced homeopathic practitioner.

They are formulated to help normalize the function of the bowel while producing no side effects. As an aid to reducing the effects of stress and to assist with the brain-gut aspect of IBS, Dr. Garber’s Natural Solutions for Depression will be of great benefit.

Herbal teas such as peppermint have a calming effect on the gut in particular while chamomile relaxes the whole body.