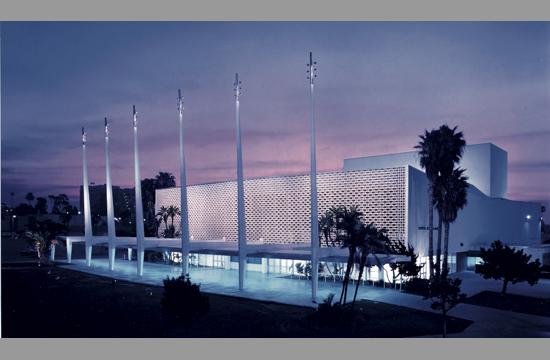 The writing may have been on the wall for more than six months now, but City Hall may have finally come to grips with a reality it was hoping to avoid or at least delay: Santa Monica is going to have to significantly scale back on a few ambitious capital projects.

The closure of the Civic Auditorium would “affect the staff positions that had been previously identified for retention,” City staff said.

Similarly, City Hall will also suspend an agreement it entered into with the Santa Monica-Malibu Unified School District that would have implemented “recreational and cultural improvements at Santa Monica High School that could serve students and the broader community.”

City council members delivered a 5-0 vote on Tuesday to approve a contingency plan to deal with the dissolution of the City’s redevelopment agency (RDA).

Accordingly, the capital improvement projects (CIP) listed above will be suspended.

All redevelopment agencies were dissolved Feb. 1 and the State of California then adopted Assembly Bill 1484, which reads “The Community Redevelopment Law authorizes the establishment of redevelopment agencies in communities to address the effects of blight, and, among other things, provides that an action may be brought to review the validity of specified agency actions, findings, or determinations that occurred after January 1, 2011, within 2 years of the triggering event.

“This bill would toll the time limit for bringing an action until the Department of Finance issues a finding of completion to the successor agency.”

Agle added he expects the state to rigorously implement the stringent policing measures of AB 1484 and could directly impact how City Hall allocates portions of its General Fund for CIP.

“The plan involves suspending certain capital projects until they have been cleared to move forward, while continuing other projects that could have particularly significant community consequences if the City were to halt them midstream,” he said.

“The Agency’s Implementation Plan was prepared in accordance with redevelopment law in effect at the time and reflected extensive input supplied at a series of public discussions with Council, the community and various stakeholders,” City staff said. “Specifically, the plan was formulated to achieve the community’s established goals of affordable housing, disaster prevention and mitigation, and community, commercial and institutional revitalization.”

Among the projects that would continue are Pico Branch Library, Colorado Avenue Esplanade, Expo Light Rail Enhancements, Palisades Garden Walk and Town Square, the fourth phase of a traffic signal upgrade, and the allowance of vouchers for senior housing.

Affordable housing projects are still in question. According to relevant legislation, any agreements made before Gov. Jerry Brown signed the RDA dissolution bill into law June 28, 2011 would be deemed valid. Any agreements made after the bill signing would not be considered valid and would be subject to the State’s stringent penalties if executed.

As for the Mountain View Mobile Home Park, City Hall said it would continue moving forward with its building of 10 manufactured homes there, but the remainder of the project would be suspended “until there certainty that any additional expenditure of funds would not become a liability to the City’s General Fund.”

City Hall agreed to a $9 million contract in December 2010 with Golden West Homes “to construct and install new manufactured homes for interested homeowners” at the Mountain View Mobile Home Park. An estimated $1.5 million has already been spent, City staff said, to accommodate the 10 households who applied to move into the mobile home park.

Of course, it remains to be seen how the decision to suspend future development at Mountain View Mobile Home Park would impact contingency plans of the Village Trailer Park should the developer there have his development agreement approved by the council.

“All cities in California are going to struggle,” City Manager Rod Gould said. “We will have a few more options than most, but this becomes one of our critical financial challenges for the foreseeable future.”

Mayor Pro Tem Gleam Davis said that despite the need to scale back on CIP, it is essential City Hall still find ways to fund affordable housing projects.

“We’re kind of triaging and trying to make the best of less money,” Mayor Richard Bloom added. “It could’ve been worse. There are cities … all over the state of California that are teetering on the edge of bankruptcy. The end of redevelopment is one of those things that has pushed many of them to the brink.”

Council members Bobby Shriver and Kevin McKeown were both absent from the Aug. 14 council meeting.