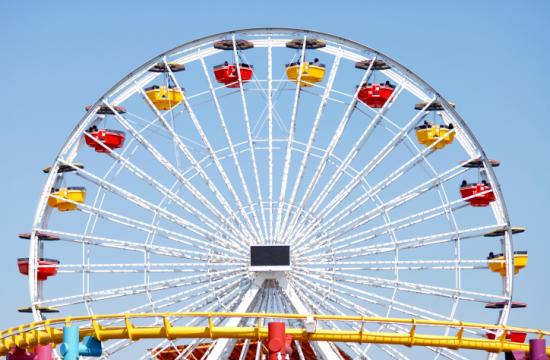 Landscape maintenance in Santa Monica will top $12 million over the next seven year years. Meanwhile, the Santa Monica Pier may be getting a visitor center and gift shop inside the Carousel Building.

Council members unanimously authorized the City Manager’s office to negotiate a contract with TruGreen Landcare, a Maryland-based company, that may be worth as much as $12,117,291 over seven years. In exchange, the company will provided landscape maintenance services for Santa Monica’s parks, street, and city-owned facilities.

The proposed agreement includes five years guaranteed and two one-year options; with a 15 percent contingency, each year is worth $1,731,113.

Based upon its previous work in Santa Monica – particularly with cemeteries and bluff debris removal – TruGreen Landcare was recommended by City staff as the preferred vendor. The Maryland company had maintained Santa Monica’s landscaping since 1999.

According to City staff, TruGreen Landcare will employee at least 28 full-time field staff; it also has landscape maintenance contracts with the Los Angeles County Department of Beaches and Harbors and the cities of Beverly Hills and La Mirada.

The new lease term would require TruGreen Landcare to provide maintenance of some of Santa Monica’s upcoming capital improvement projects such as Palisades Garden Walk and Town Square.

Other areas requiring landscaping services include all of the City’s streetscapes, fire stations, and parking structures; landscape maintenance of City Hall and the Civic Auditorium are also included in the agreement.

“The visitor center would include rotating museum exhibits and gift shop where visitors can find historical information, guided tours, and purchase Santa Monica Pier and Carousel related memorabilia,” staff said. “The visitor center would replace the current tenant, a gift shop operating under a month to month tenancy cancellable on 30 day notice.”

Once open, the visitor center and gift shop would be located at 200 Santa Monica Pier and would be 260 square feet in size. The term of the lease agreement would be 12 months with two six-months options.

The proposed visitor center and gift shop would be open seven days a week year-round from 11 a.m. to 5 p.m. weekdays and 7 p.m. on weekends, with later closing times during the summer months.

Visitors would view historical exhibits, artifacts, and artworks curated by the SMPC’s Pier historian and find a selection of high quality gifts and souvenirs for purchase.

Council members approved both items Aug. 14 as part of its consent calendar. Council members Bobby Shriver and Kevin McKeown were both absent from the Aug. 14 meeting.